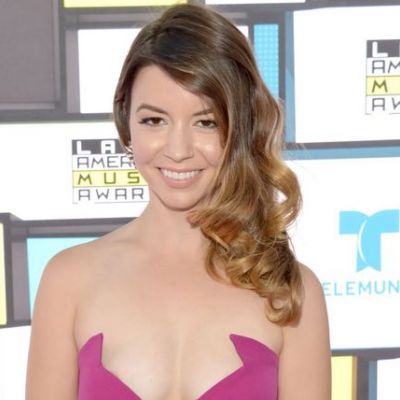 Masiela Lusha is most likely familiar to viewers of the ABC sitcom George Lopez. She was born on October 23, 1985.

Masiela was born in the Albanian city of Tirana on October 23, 1985. Max Lusha is her father’s name, and Daniela Lusha is her mother’s. Lusha’s mother is also a magazine publisher; she and her family fled Albania as refugees in 1990. After that, the family relocated to Budapest, Hungary, and Vienna, Austria.

Lusha moved to Michigan with her family when she was seven years old, and her mother married her great uncle, Dr. Joseph H Alli, who served in World War II. Lusha then began her modeling career at the age of 12, beginning in Michigan. She also did some acting in local theater plays, and after a few months of doing so, she was discovered by one of Hollywood’s talent agents. Lusha then became a published author while acting in Los Angeles, when she was able to publish her first poetry book, Inner Thoughts.

She was recognized as one of the top talented poets in North America during her childhood. Masiela also received much public recognition, including from former American President Bill Clinton. She was able to write seven books up until 2010.

Masiela Lusha’s total estimated net worth is around $3 million, which she has earned through the sale of books and the production of films and television shows. She is also a humanitarian who enjoys donating money to the needy and poor. Masiela is now one of the most well-known in the welfare and poetry industries. She has received a lot of praise for her contribution to literature.

There is little information about Masiela’s personal life, but it is known that she began dating Ramzi Habibi in 2012. He is a financier, and their engagement was announced later that year. The couple married on Wanaka Peak in Queenstown, New Zealand, in December of the same year.