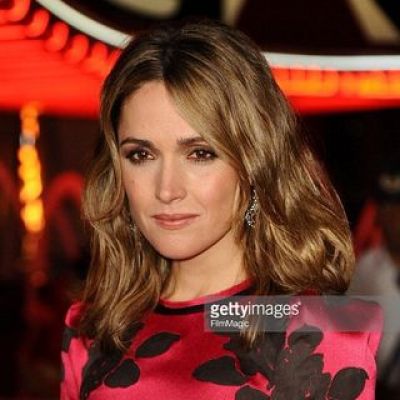 Rose Byrne is an Australian actress who has been working in the film industry since 1993. She has a long history in the Australian and Hollywood film industries. She began taking acting lessons at the Australian Theatre for Young People when she was eight years old, though she had always been interested in acting since she was a teenager. She made her professional acting debut in the Australian film “Dallas Doll” in 1994, and the following year, she appeared on television. She also worked as a theatre artist, as shown by her appearances in theatre plays beginning in the year 2000. In addition, her charming and beautiful acting won her a place in music videos. In terms of her professional career, she is best known for her appearance as Moira MacTaggert in the superhero film ‘X-Men: First Class.’

Who is Rose Byrne? Mary Rose Byrne is one of her parents, Robin and Jane Byrne’s, youngest children. She was born in Balmain, Sydney, Australia, on July 24, 1979. Her father worked as a statistician and market analyst, and her mother as a primary school administrator. She has three siblings: Alice and Lucy Byrne, two sisters, and George Byrne, a brother. Her zodiac sign is Leo, and she is 41 years old. Rose Byrne is of White origin and is an Australian national. Her ancestors are of Irish and Scottish descent.

Rose Byrne attended Balmain Public School and Hunters Hill High School in Sydney for her primary and secondary education. Rose then went to Bradfield College in Crows Nest before enrolling at the University of Sydney, where she earned her bachelor’s degree. She took acting lessons from Atlantic Theatre Company and Australian Theatre for Young People because she was interested in acting.

Rose Byrne made her film debut in Ann Turner’s Australian film “Dallas Doll,” released in 1994. She then appeared in the 1999 film “Two Hands” after five years in “Two Hands.” The following year, she appeared in two films, the most well-known of which was ‘The Goddess of 1967.’ People got to see her strong acting sense when she played a blind girl, and this was her early work. She received a number of nominations for this film, one of which she won.

She also played Dorme in the epic space opera film “Star Wars: Episode II – Attack of the Clones” in 2002. From 2003 to 2006, she appeared in films such as ‘The Night We Called It a Day,’ ‘Take Away,’ ‘The Rage in Placid Lake,’ ‘Troy,’ ‘The Tenants,’ ‘Marie Antoinette,’ ‘The Dead Girl,’ and so on. In 2007, she had another breakthrough role in the science fiction horror film ’28 Weeks Later,’ in which she played Major Scarlet Levy. Despite the film’s modest financial success, critics praised it and gave it positive reviews.

She then went on to star in a number of films as a lead, supporting, and cameo actor over the next few years. She appeared in the comedy film Bridesmaids in 2011. Melissa McCarthy, Kristen Wiig, Ellie Kemper, Maya Rudolph, Rebel Wilson, and others were among the cast members. This film grossed a lot of money at the box office and earned two Oscar nominations, making it one of Rose’s most significant works.

Similarly, she played Moira MacTaggert in X-Men: First Class in 2011. This film was a success, and she had the opportunity to work with well-known actors and actresses. ‘Insidious’ and its sequel films, ‘Spy,’ ‘Neighbors,’ and its other film series, ‘X-Men: Apocalypse,’ and several others are among her other notable works. She’s partnered with Patrick Wilson, James McAvoy, Jennifer Lawrence, and a host of other celebrities. She has recently worked as a voice actor, lending her voice to a number of roles in films such as “I Am Mother,” “Peter Rabbit,” and others.

Rose Byrne played Belinda in the 1995 television series “Echo Point.” She appeared in a few episodes of various series as a supporting actress until 2007 when she has cast in the series “Damages.” This is a legal thriller television series in which she played Ellen Parsons and appeared in 59 episodes from 2006 to 2012. Meanwhile, she appeared on shows such as “American Dad,” “Portland,” “Last Week Tonight with John Oliver,” and others. She portrayed Rebecca Skloot in the television film “The Everlasting Life of Henrietta Lacks,” which she appeared in 2017. In 2020, she played Gloria Steinem in nine episodes of the historical drama ‘Mrs. America.’

Who is Rose Byrne’s Boyfriend? From 2003 to 2009, Rose Byrne was married to Brendan Cowell, an Australian journalist, director, and actor. In 2012, she started dating American actor Bobby Cannavale. This couple has two sons, Rocco and Rafa, who were born in February 2016 and November 2017, respectively.

In 2000, Rose Byrne won the Venice Film Festival Award for her performance in “The Goddess of 1967.” In 2012, she was awarded Fangoria Chainsaw Awards and MTV Movie Awards for her films “Insidious” and “Bridesmaids.”

Rose Byrne’s Income And Net Worth

How much does Rose Byrne worth? Rose Byrne is an Australian actress who has worked in both the Australian and Hollywood film industries. Her current net worth is projected to be $16 million.