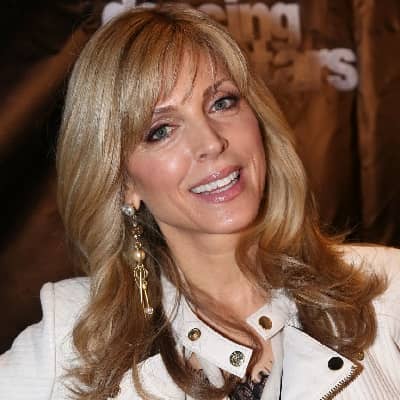 Marla Maples, full name Marla Ann Maples, was born on October 27, 1963, in Cohutta, Georgia, United States. She will be 57 years old in 2020. Ann Locklear Maples (1940–2014) and Stanley Edward Maples were her parents. Her mother worked as a housewife and model, while her father is a real estate developer, county commissioner, singer, and songwriter. Maples attended Tunnel Hill’s Northwest Whitfield High School. She was a basketball player and class secretary there.

She has crowned the 1980–1981 homecoming queen during her senior year, and she even returned for the 1991 homecoming to crown the school’s new queen. Maples entered beauty pageants and contests after graduating from high school in 1981. She also won the Miss Resaca Beach Poster Girl Contest in 1983, the Miss Georgia USA runner-up in 1984, and the Miss Hawaiian Tropic in 1985. Later, in 1981, she enrolled at the University of Georgia but dropped out before graduating.

Maples appeared as a special guest timekeeper at WWF WrestleMania VII in 1991. It was during Hulk Hogan’s main event match against defending WWF Champion Sgt. Slaughter. Similarly, Maples appeared as herself in the hit television series Designing Women that same year. Later that month, in August 1992, Maples was cast as “Ziegfeld’s Favorite” in the Tony Award-winning Broadway musical The Will Rogers Follies.

Maples also appeared on season 22 of Dancing with the Stars with her Switching Lanes co-star, Kim Fields, on March 8, 2016. Tony Dovolani, a professional dancer, was her partner. They were eliminated from the competition in Week 4 and finished in 10th place. Similarly, on March 11, 2016, Maples joined the women of ABC’s morning talk show The View as a guest co-host.

Maples also works as a keynote speaker for the London Speakers Bureau, where she focuses on inspiring women, wellness, spirituality, and motivation. Maples was featured at the 2018 Summer of Peace Summit, and she also spoke at the 2018 Global Summit on Science, Spirituality, and Environment in India. She was also a guest speaker on Paula Faris’ Journeys of Faith podcast in 2018. Maples even hosted her own talk radio show, Awakening with her, on Contact Talk Radio, which featured naturopathic doctors, authors, and astrologers as guests.

Maples’ album The Endless was released in August 2013. In 1990, Maples appeared in an advertisement for No Excuses jeans. Similarly, in 1993, she created a maternity clothing line that was sold in several major department stores. She is also a long-time supporter of Kids Creating Peace, an organization that brings together Israeli and Palestinian children. Furthermore, Maples serves on the advisory board of AWARENYC.org. She fully supports The Louis Armstrong Center for Music and Medicine and serves on its Steering Committee.

Maples won a “Hollywood Music in Media Award” in December 2012 for best New Age/Ambient song for “House of Love,” from her album (The Endless). Marla Maples has a net worth of $10 million as a result of her successful career. Following her divorce from Trump, she was awarded a $5 million settlement under their prenuptial agreement. It’s around $8 million after adjusting for inflation. She was originally only to receive $1 million. Following the terms of their most recent prenup, she eventually fought legally to have the amount raised to $5 million.

Marla Maples is well-known for marrying Donald Trump. The romance began while Trump was married to his first wife, Ivana; the couple divorced in December 1991. Maples met Trump in 1989 and had a publicized relationship with at least one breakup. When Trump appeared on the front page of the New York Post for the eighth day in a row, one headline claimed that Maples had the “best sex I’ve ever had” with Trump. Tiffany Ariana Trump was born on October 13, 1993, to the couple.

Furthermore, the 1993 Long Island Rail Road shooting on December 7, 1993, caused Trump to reevaluate his life and propose to her, according to Maples. They married on December 20, 1993, at the Plaza Hotel in New York City. A total of 1,000 people attended the ceremony, including Rosie O’Donnell and O. J. Simpson. Later that year, after a police officer discovered Maples and the bodyguard together under a lifeguard stand on a deserted beach at 4:00 a.m., Trump fired his bodyguard, Spencer Wagner.

Despite reports in the National Enquirer and other tabloids, both Maples and Trump denied that she was having an affair. Furthermore, the bodyguard told contradictory stories about the incident. Maples and Trump separated in May 1997 and divorced on June 8, 1999. Maples are also bound by a confidentiality agreement regarding their marriage under the terms of their prenuptial agreement and divorce settlement.