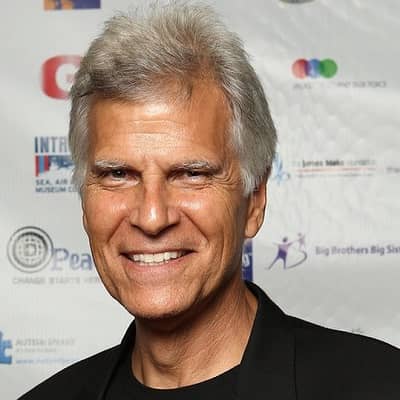 Mark Spitz was born on February 10, 1950, in Modesto, California, USA. His birth sign is Aquarius, and he is 71 years old. Furthermore, his given name is Mark Andrew Spitz. Arnold Spitz is his father’s name, and Lenore Sylvia is his mother’s (Smith). Furthermore, his family is Jewish, with his father from Hungary and his mother from Russia, having the surname “Sklotkovick.”

From 1964 to 1968, he attended and graduated from Santa Clara High School. Throughout these four years, he achieved national high school records in every stroke and distance. Later, he attended Indiana University as a re-dental student and member of the Phi Kappa Psi fraternity from 1968 to 1972.

Mark Spitz is 6 feet tall and weighs 73 kilograms. He has brown eyes and grey hair. Aside from that, no information regarding his other bodily measurements is available.

From 1964 to 1968, he trained with Haines at SCSC and Santa Clara High School. Furthermore, at the age of sixteen, he won the 100-meter butterfly at the AAU national championships in 1966. The next year, at a small California event, he set his first world record in the 400-meter freestyle with a time of 4:10.60. In 1965, he made his international competition debut in the Maccabiah Games.

He won four gold medals and was voted the tournament’s most outstanding athlete. He won five gold medals at the 1967 Pan American Games, breaking the global record at the time. He trained hard for the 1968 Summer Olympics in Mexico City, expecting to win six gold medals. However, he did not race well and only managed to win two team gold medals in the 4100 and 4200-meter freestyle relays.

He also won a silver medal in the 100-meter butterfly and a bronze medal in the 100-meter freestyle. After his disappointing Olympic experience, he enrolled at Indiana University as a pre-dental student and trained under famed Indiana Hoosiers swimming coach Doc Counsilman. Furthermore, with Counsilman’s help, he improved his form and was ready for the 1972 Olympics.

Retirement and the 1972 Summer Olympics

He made history by capturing seven Olympic gold medals in solo and team competitions at the 1972 Summer Olympics in Munich. In addition, he set a new world record in each of the seven events. However, he announced his retirement shortly after his Olympic successes, which catapulted him to the status of athletic superstar. He had also acquired rich commercial opportunities by 1974, earning $6 million via endorsements and other business operations. With the passage of time, his fame began to wane, and he began to pursue other interests. He appeared on “The Tonight Show Starring Johnny Carson” and “The Sonny and Cher Comedy Hour” on television from 1973 to 1974. He also appeared in several advertisements for Schick razors.

He joined ABC Sports in 1976 and worked on a number of sports programmes, including coverage of the 1976 Montreal Summer Olympics and the 1984 Los Angeles Summer Olympics. After working as a broadcaster for a few years, he decided to pursue a career in real estate. Furthermore, he has worked on a number of entrepreneurial projects alongside former NBA player Rick Barry throughout the years. He also achieved tremendous success as a motivational speaker.

Mark Spitz was named World Swimmer of the Year by “Swimming World” magazine in 1967, 1971, and 1972. In 1971, he also received the James E. Sullivan Award as the top amateur athlete in the United States. In addition, in 1972, he was selected as the Associated Press Athlete of the Year in swimming.

In 1979, he was inducted into the International Jewish Sports Hall of Fame, in 1977 into the Swimming Hall of Fame, and in 1983 into the United States Olympic Hall of Fame. He is also a nine-time Olympic champion, having won nine gold medals, one silver, and one bronze.

Mark Spitz’s Salary and Net Worth

He has made a fortune from his professional swimming career and various business pursuits. His net worth is estimated to be approximately $20 million US dollars. However, no further information about his income is available.

Suzy Weiner, a UCLA theatre student and part-time model, began dating Mark Spitz. Suzy was also the daughter of his father’s business colleague. On May 6, 1973, little than a year after the Munich Olympics, he and Suzy married in a traditional Jewish wedding at the Beverly Hills Hotel. He and Suzy also have two kids, Matthew and Justin. He and his wife Suzy have relocated to Los Angeles, California.

When it comes to rumours and controversies, he hasn’t been a part of them until now. Aside from that, he is preoccupied with his personal and professional lives. Furthermore, he prefers to stay away from speculations and controversy.