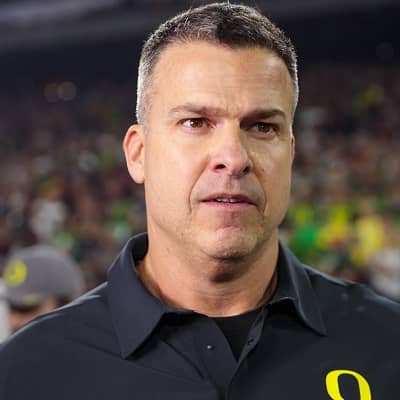 Mario Cristobal is a former player and head coach. He is the head football coach of the University of Miami’s Miami Hurricanes football team.

Mario Manuel Cristobal, better known as Mario Cristobal, was born in Miami, Florida, the United States of America, on September 24, 1970. This head coach is 51 years old and of American nationality, according to his birth date.

Furthermore, he is of Cuban-American descent and of American nationality. Mario is a Christian, and his zodiac sign is Libra. He is also the son of Luis Cristobal (father) and Clara Cristobal (mother). His father was a political prisoner under the Castro regime.

He played high school football at Miami’s Christopher Columbus High School. He was a four-year letterman for the University of Miami’s Miami Hurricanes football team while playing NCAA football between 1988 and 1992. His coaches were Hall of Famer Jimmy Johnson and Dennis Erickson. During his four seasons with the Hurricanes, they won two national championships (1989 and 1991). In 1992, he was named to the Big East Conference First Team as an offensive tackle.

The football coach is 6 feet 4 inches tall and weighs about 120 kilograms. He also has dark brown hair, light brown eyes, and a shoe size of 12 US.

After finishing his college career, Mario Cristobal signed a free agent contract with the Denver Broncos in 1994. He played for the NFL Europe’s Amsterdam Admirals in 1995 and 1996 before leaving to become a coach.

His coaching career began at the University of Miami, where he worked as a graduate assistant to head football coach Butch Davis from 1998 to 2000. From 2001 to 2003, he was Greg Schiano’s tight ends and offensive line coach at Rutgers University. From 2004 to 2006, he returned to Miami and spent three seasons as the offensive line and tight ends coach under Larry Coker.

In 2007, he chose to become the new head coach at Florida International University. He was later named Sun Belt Coach of the Year after leading the team to the championship. In 2013, the coach was hired as the offensive line coach, recruiting coordinator, and associate head coach at the University of Alabama.

In 2017, Mario transferred to the University of Oregon, where he helped the Ducks win the Pac-12 North Division and the championship. He was named Pac-12 Coach of the Year in 2019 by the Associated Press after going 11-2 during the regular season, winning the North division, defeating Utah in the Conference Championship, and earning a trip to the Rose Bowl.

He assisted offensive line coach Alex Mirabal in developing All-American Penei Sewell, who went on to win the Outland Trophy as the nation’s top interior lineman. The Oregon offensive line was a finalist for the 2019 Joe Moore Award for the best overall team in the country.

To round out the postseason, Oregon defeated the Wisconsin Badgers in the Rose Bowl. On December 6, 2021, he took over as head coach of the University of Miami Hurricanes, succeeding Manny Diaz. Furthermore, he agreed to terms with the Hurricanes on a 10-year, $80 million contract.

Mario Cristobal’s Salary and Net Worth

He has amassed a sizable fortune during his career. Furthermore, he has a net worth of more than $10 million as a football coach. As Oregon’s head coach, he earns a yearly salary of $5.5 million.

In June 2006, he married Jessica Cristobal. The couple secretly married in front of their closest friends and family. The couple has two children, Mario Mateo Cristobal and Rocco Cristobal, as a result of their marriage. Furthermore, this football coach has yet to be involved in any controversy or rumors.