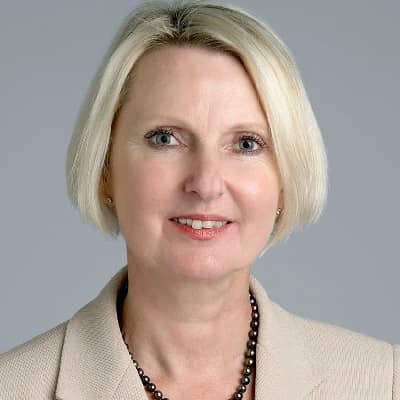 On May 3, 1950, Maria Siemionow was born. Her hometown is Krotoszyn, Poland. Her nationality is Polish, and she will be 71 years old in 2022. Details about her family and upbringing are not available on the internet.

Maria received her medical degree in 1974 from Poznan Medical Academy in Poznan, Poland. She then finished an orthopedic residency there. She also received her Ph.D. in microsurgery from the same university in 1985 and 1992, as well as her “habilitation” in medical sciences.

Her physical measurements are not available on the internet. Maria has not disclosed her height or weight. Maria, on the other hand, is of average height and weight. Furthermore, her hair is blonde, and her eyes are blue in hue.

In 1990, Maria worked as an Associate Professor of Surgery at the University of Utah. She was named Director of Plastic Surgery Research and Head of Microsurgical Training in the Cleveland Clinic’s Department of Plastic Surgery in 1995. She continued to serve in that position until 2013.

Later that year, Dr. Siemionow was named Professor of Surgery in the Department of Surgery at Case Western Reserve University’s Cleveland Clinic Lerner College of Medicine. Similarly, in 2003, she accomplished the first facial transplant on rats, laying the stage for the first US human face transplant in 2008, which she undertook.

In the same year, Maria was appointed Honorary Professor of Surgery at the Karol Marcinkowski University of Medical Sciences in Poznan, Poland. Maria, on the other hand, is the President of the American Society for Reconstructive Transplantation.

She is also the International Hand’s previous president. She is also a member of the Composite Tissue Allotransplantation Society and the American Society for Peripheral Nerve. Furthermore, this surgeon is a part of the Warrior Restoration Consortium, an academic-industry collaboration devoted to the development of innovative therapies for injured warriors.

Dr. Siemionow has been awarded the Order of Merit of the Republic of Poland’s Commander’s Cross. She received the James Barrett Brown Award for outstanding publication in a plastic surgery magazine twice, in 2004 and 2007. Maria also earned the Folkert Belzer Award in Transplantation in 2001.

Her recent honors include the Polish Order of Merit, the President of Poland’s Commander’s Cross Polonia Restituta award, the American Association of Plastic Surgeons’ Clinical Researcher of the Year Award, and the Plastic Surgery Educational Foundation’s Outstanding Achievement in Clinical Research Award.

Her international honors include the Ministry of Education of Poland’s 2012 SAPIENTI SAT Medal, the 2013 Casimir Funk National Science Award, and the 2013 Honoris Causa Doctorat from the Poznan University of Medical Sciences. Similarly, Maria earned the Carnegie Foundation of New York’s Great Immigrants Award in 2014.

The Hipolit Cegielski Foundation in Poznan, Poland, presented her with the Golden Hipolit statue the next year. Maria is a member of the Kosciuszko Foundation’s Collegium of Eminent Polish Origin and Ancestry Scientists.

Maria married Wlodzimierz Siemionow at the town hall on April 27, 1975. During their college years in Poznan, they met. The couple also has a son, Dr. Krzysztof Siemionow. He followed in their parent’s footsteps and went into medicine. As a result, her son works as a spine surgeon at UIC in Poland.

In terms of earnings, Maria is one of the world’s top ten wealthiest physicians. As a result, her net worth is $14 million.

This surgeon does not use social media. As a result, she has kept herself hidden from the public eye.