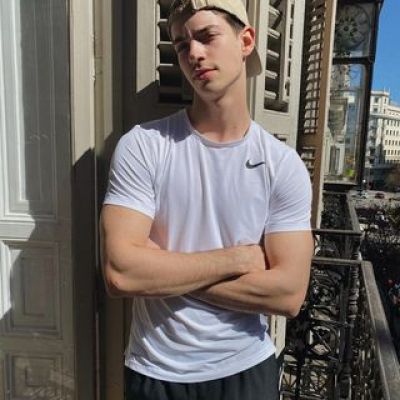 Manu Ros is a Spanish television personality and social influencer who first appeared on T s que vales and later appeared on the musical television show Cantame cómo pasó. Manu has a famous YouTube channel where he uploads vlogs and covers of songs.

Who is Manu Rios? Manu Rios is a 21-year-old athlete. He was born in Calzada, Calatrava, Spain, on December 17, 1998. His mother Manoli and father Julian welcomed him into the world. He also has an older brother named Josemy. Currillo and Howard, their two puppies, are both theirs. His favorite movie stars are Johnny Depp and Anne Hathaway, whom he idolizes. For the time being, no information about his educational credentials is available.

His Personal Favorite
Demi Lovato, Justin Bieber, Rihanna among Adele, 1D, and others are among Manu Ros’ favorite artists.
He enjoys going out with his friends, drinking, and dancing.
He likes to play with his dogs and read novels, his favorite of which is “The Boy in the Striped Pyjamas.”
His favorite possession is his camera.
Parchs is his favorite game.

Manu’s journey to fame began when he was just nine years old. A chance phone call from the cast and crew of the TV show Cantando en Familia changed his life forever. Rios hasn’t stopped working since his debut. He was chosen to participate in the national TV show ‘T s que vales,’ which gave him more exposure and allowed him to show off his dancing abilities. He made it to the show’s semi-final round. Aside from that, he was cast in the musical TV show “Cántame cómo pasó” on television.

Later that year, he appeared in an internationally renowned Spanish theatre in Madrid as Gavroche in the internationally acclaimed musical Les Miserables. Manu was a member of the new Parch, his teen band, and played Don Pepito in the 2012 musical. He has amassed a great deal of fame and notoriety, as shown by his social media accounts. His YouTube channel, where he frequently posts vlogs and song covers, is also very successful. On September 2, 2009, he became a YouTuber.

He began by posting cover song videos. In 2011, he released his first music video, “Manuel Ros – Price tag (Cover).” Almost a hundred thousand people watched this video. His voice was praised by his audience, and he was even compared to popular pop singer Justin Beiber in a comment. On October 31, 2011, he released his next video, “Manu Ros – Jueves (Cover).” The video has been viewed nearly 1,220,376 times. “Blackbear – Idfc (Cover by Manu Rios)” is one of his most famous videos, with nearly 9.5 million views.

Who is Manu Ríos’s Girlfriend? Manu has kept his personal life hidden from the media, there is no knowledge about any past or current relationships he has had.

He has worked hard to provide for his own and his family’s needs. His net worth is estimated to be around $2 million as an Instagram celebrity.