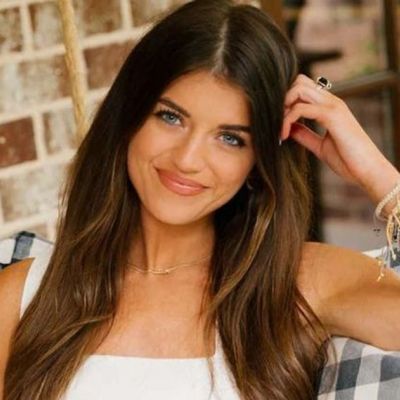 Madison Prewett is a well-known American reality television star. She is well-known for her appearance on the 24th season of ‘The Bachelor.

Madison Prewett is 26 years old and was born on March 25, 1996. Prewett is her full name. Madison is from Auburn, Alabama, and she is an Aries. Madison’s parents are her father, Chad Prewett, and her mother, Tonya Prewett.

Similarly, she has two sisters, Mallory and Mary Prewett. Her father was the Auburn men’s basketball team’s Director of Operations.

Prewett works as a reality TV personality. She rose to prominence after appearing and competing on The Bachelor in 2020.

On the aforementioned show, she was a finalist. Madison mentions her job as a Foster Parent Recruiter on the show.

Madison Prewett’s Income And Net Worth

On March 19, 2020, the reality star launched her “Madi Prewett” YouTube channel. This channel has received over 897.6k views and has over 60.9K subscribers. Moving on, Madison Prewett’s net worth is estimated to be around $300,000 US dollars.

Prewett is most likely single right now. Madison is more concerned with advancing her professional career than with finding a future husband.

In terms of previous relationships, the reality star briefly had a romantic relationship with Peter Weber.

Peter is a well-known television personality and commercial pilot who appeared on Season 24 of The Bachelor. Despite the fact that Madison did not win the season, she dated Peter for a short time after the show ended.

In terms of social media, Madison Prewett joined Twitter in December 2019 and currently has over 85.6K followers on her @madiprew account. Similarly, she can be found on Instagram as @madiprew, where she has over 1.7 million followers.