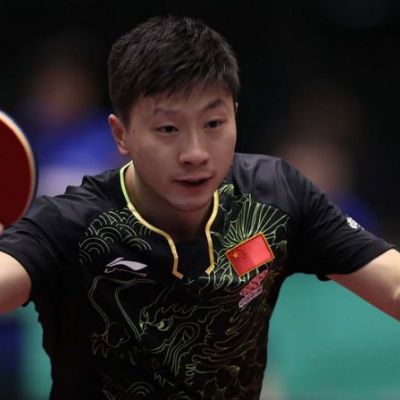 Ma Long is a table tennis player. He is currently the Olympic and World Champion. The ITTF ranks him third in the world overall ITTF.

Ma Long was born in Anshan, Liaoning Province, China, on October 20, 1998. Long began his journey at the tender age of five. His parents believed that an injury-free non-contact sport like table tennis was beneficial to his health. Shi Haimei, Bai Xiaodong, and Jiang Wenkun were his previous coaches. Long reportedly maintains contact with his childhood coaches.

Ma Long represented his primary school and won the boy’s single and team events in the “baby cup” at the age of ten. Ma Long has never looked back since. At the age of 11, he earned a spot on the “Liaoning Provincial Team.” When Ma Long was 13, Beijing scouted him, and the foundation for his incredible career was laid. Ma Long joined the Chinese National B team in 2003. He was chosen for the Chinese national A team at the age of 15.

In 2004, Ma Long won the World Junior Championships in Kobe. He became the “youngest-ever world senior champion” at the age of 17. Long earned a spot on China’s Men’s team, which won the 2006 World Team Championships in Bremen.

He won the German Open (Grand Slam) in January 2016, going undefeated to the final, where he defeated Vladimir Samsonov 4-1. Because of his No. 1 ranking, he automatically qualified for the third round of singles at the Rio Olympics. He went on to win the Gold Medal, confirming his reputation.

In 2017, he began the year by winning the Qatar Open for the second time in a row in February. He suffered a number of injuries in between his brilliant streaks of victories. His ranking dropped to ninth in 2018 due to non-participation due to injuries.

Ma’s injuries persisted in 2019, preventing him from competing in the 2019 WTTC Chinese qualifier in Budapest, Marvellous 12. However, he returned more dependable, and after defeating Lin Gaoyaun, he posed in front of the camera, appearing to wipe the dust off his racket to indicate that he was fine despite having been inactive for so long.

Long’s career has been very successful, and he has received numerous awards over the years. He holds the record for the longest period of time at number one in the world, 64 months, held by any male tennis player in history. He has won five consecutive ITTF World Tournaments.

Ma Long is the greatest forehand attacker in table tennis history. His style of play is consistent with modern close-range third-ball play strategy. Ma Long’s long-term coach is Qin Zhijan, and the two spent a lot of time together developing his playing style.

Ma Long is said to be a quiet person who is humble and withdrawn. He received his bachelor’s degree from Shanghai Jiao Tong University’s Antai College of Economics and Management. Long authored a thesis titled “China Table Tennis Super League Strategy.” He is married to Xiao Lu, his long-term girlfriend. They also have a child.

Ma Long’s Salary and Net Worth

Ma Long earned $ 250,000 in a single season. He is one of China’s most wealthy tennis players. As of September 2022, his net worth is a whopping $2 million. Ma Long’s career has been very successful, and he has received numerous awards over the years.