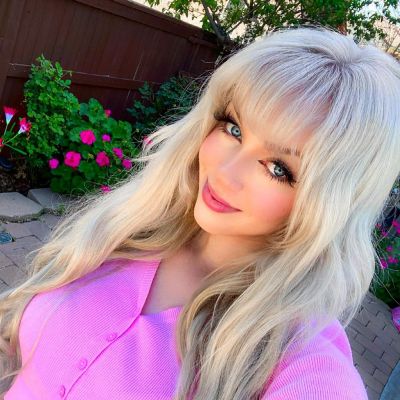 Lyssy Noel is a YouTube sensation from the United States. Lyssy Noel is an active social media user on nearly every platform, with over 1.2 million subscribers to her Youtube channel. She mostly posts arcade footage. Lyssy has a second channel named “LyssysLife” as well.

Lyssy Noel was born on December 10, 1998, in Anaheim, California, United States. She is 22 years old and belongs to the Sagittarius zodiac sign. She is a citizen of the United States of America. Her real name is Alyssa Noel, and she lived in Minnesota for a while.

Lyssy’s parents’ names and other records are currently unavailable. Lyssy’s father abandoned her shortly after she was born, but her mother remarried when she was five years old. She has a half-sister who is younger than her. She still has a beloved dog, which unfortunately passed away recently.Lyssy is a high school graduate who was homeschooled for the last two years of her high school career. She had enrolled in college but dropped out to focus on her YouTube channel.

Lyssy Noel’s YouTube channel was originally known as “TwilightClover98.” She started the channel on September 1, 2010, and it has so far received 141,889,738 views. Similarly, she has changed the name of her YouTube channel to “Lyssy Noel.” Lyssy’s Youtube channel contains a wide range of content. And Me Winning the Game is her very first video on her website. This video was posted on June 9, 2011 and has received over 50K views to date. She’s been uploading videos to her channel on a regular basis since then.

KID CHEATING AT THE ARCADE SKEEBALL GAME! is also the most famous video on her YouTube page. She uploaded this video on January 7, 2018, and it has already received 6.8 million views. Some of the other well-known videos include: Chuck E Cheese Animatronics are STALKING US?! We had a Chuck E Cheese Birthday Party, and it was TERRIFYING…, Chuck E Cheese Animatronics are STALKING US?! (EYES WITH HIDDEN CAMERAS?! *shocking*) OVERNIGHT CHALLENGE WITH CHUCK E CHEESE!! 5 KIDS GOING MISSING? SQUISHY DAY AT THE ARCADE! *CREEPY & HAUNTED!* Too MANY SQUISHY CLAW MACHINE WINNERS!, and 5 Chuck E Cheese’s Kids Went MISSING!?! (What is REALLY going on here?) *terrifying*

Lyssy Noel also has a second YouTube channel, which she calls “LyssysLife.” She started this channel on March 16, 2016, and it has so far received 4,640,912 views. This is a gaming channel where she posts Minecraft videos as well as other video games. She also uses it to record vlogs. I BUILT MY MINECRAFT PET BEES A HONEY MANSION!!! is the channel’s oldest video (Minecraft Roleplay). On December 28, 2019, she uploaded this video.

Lyssy Noel is also popular on other social media sites, including Instagram, Twitter, and TikTok. She is also popular on YouNow, where she has amassed thousands of fans. Lyssy has a personal Instagram account called “lyssynoel.” And she has 356 Instagram posts to her credit so far. She also joined Twitter in October 2019 and has amassed a total of 62.4 million likes on TikTok to date. Dog sports and tennis were two of Noel’s childhood pastimes.

Lyssy Noel seems to be single at the moment, focusing on her career and YouTube rather than being in a relationship. Perhaps she prefers to keep her personal and romantic lives hidden from the public eye and the social world. Even when it comes to her previous marriages, there is no details available until now. As a result, we can safely conclude that Lyssy has either never been in a relationship or has done an excellent job of concealing it.

Lyssy Noel is 5 foot 3 inches tall and weighs 54 kilograms. Her other body dimensions, such as her chest size, waist size, hip size, and bicep size, are undisclosed at this time, and they are all being checked. Lyssy also has blue eyes and blonde hair. She’s also dyed her hair a variety of shades, including purple, pink, sky blue, and others.

Lyssy Noel is very popular in all of her social media platforms. Her primary YouTube channel has 1.21 million subscribers, while her secondary channel has 192K subscribers. Similarly, she has 194K Instagram followers, 5.8K Twitter followers, and 3.1 million TikTok followers.

Lyssy has an estimated net worth of $708K, according to statsmash, and her primary source of income is YouTube. Furthermore, she has released 331 videos totaling over 53.8 million views, and her audience has been steadily rising month after month.