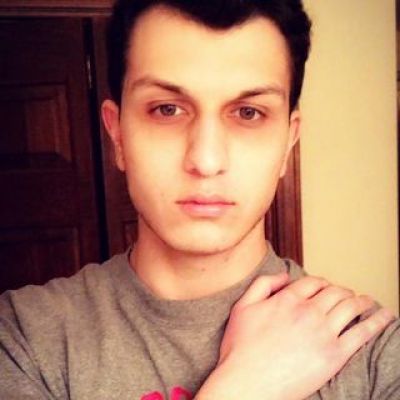 LuxuryPranks is a YouTube prankster from the United States who has had the most success with his ‘LuxuryPranks’ channel.

Who is Parker Hajiaskari? Parker Hajiaskari is his true name, and he is from Buffalo, New York. Parker was born on the 30th of May in the year 1997. He is currently 23 years old and was born under the sign of Gemini. There’s little known about his personal life, parents, or siblings. He also has a cat named Apollo and a Doug named Doug. He wanted to study chemical engineering after finishing middle and high school. Parker had dreamed of being a famous YouTube celebrity since he was a boy, and because of his determination, he was able to realize his ambition.

What is LuxuryPranks’s Height? In terms of his physical appearance, he has maintained a healthy and fit body. Parker stands 5 feet 7 inches tall and weighs roughly 72 kg. Additionally, he has brown eyes and dark brown hair. His body is built for athleticism. He has a wonderful personality.

Parker began making YouTube videos in 2008, mostly motivated by channels such as ‘Smosh’ and ‘nigahiga.’ His videos, however, did not perform well due to logistical restrictions. Parker never gave up on his dream of becoming a successful YouTuber during his middle and high school years.

During his high school years, he met his co-host, Chester. Despite not being able to attract a large number of viewers, they continued to make and publish videos.

Parker started his own ‘YouTube’ channel, ‘LuxuryPranks,’ in 2015 as a final attempt to realize his ambition. It was inspired by existing ‘YouTube channels such as ‘FouseyTube’ and ‘VitalyzdTv,’ which were largely extreme-prank channels that focused on pushing the boundaries of playing real-life tricks on people and filming their reactions.’

After failing to gain traction with its first four videos, the channel ‘LuxuryPranks’ experienced its first success in August 2015, when ‘MTV’ opted to broadcast the channel’s fifth video, ‘Homeless Woman Does Amazing Act,’ on its ‘Facebook page.

LuxuryPranks, on the other hand, wasn’t only a prank channel. According to Parker, he chose to add variety to his program by going into the sting operations and reality TV genres and revealing genuine human behavior on his channel.

The video ‘Catching a Catfish Part-1,’ which was uploaded almost a year after the channel was created and is also his personal favorite, was his first effort. When it released its first catfishing video, the channel’s popularity had begun to wane. The channel’s viewership, on the other hand, skyrocketed after that.

‘LuxuryPranks’ reached a million subscribers in August 2018. Parker also has two additional ‘YouTube channels, ‘Life of Luxury’ and ‘Luxury Dark,’ all of which have a sizable following. He is well-known on both his personal and official Instagram accounts, in addition to his YouTube channel.

Parker found himself in the midst of major ethical problems regarding the type of content he was producing in 2015 when his channel was reaching new heights in terms of subscriptions and viewership. He was talking about serious societal topics like pedophilia and child abuse, which irritated a lot of YouTube content makers.

His YouTube peers began deconstructing all of his “Catching a Child Predator” videos, calling them “false” and “made-up.” Parker even emphasized that due to non-disclosure agreements, he is unable to comment on the legal ramifications of such films. These questions, on the other hand, had no effect on his popularity.

Throughout his long career as a YouTube celebrity, he has amassed a sizable fanbase. He did, however, receive the YouTube Golden Play Button for reaching 1 million followers on his main YouTube channel. As a result, he’ll very certainly achieve more of them through his other YouTube accounts.

LuxuryPranks’s Income And Net Worth

How much is LuxuryPranks’s Income? When it comes to his earnings and income, there’s no doubt that this popular YouTube personality, Parker, will make a lot of money from his social media career. He also has his own Merchandise site, where he sells hoodies, shirts, sweatshirts, and other clothing things. This gifted individual, on the other hand, is thriving in the field of social media. However, he has yet to share his earnings to the general public.

However, according to certain internet sources, during a November 2018 telephonic discussion with YouTuber Leon Lush, Parker was overheard chatting about his child, whom he had put to sleep just before their conversation began. He hasn’t made any public declarations about his partnerships, though. He is currently hard honing his skills and concentrating on his profession.

He’s also on Snapchat, where he goes by the handle “@luxurypranks.” Furthermore, anyone can contact him via his Gmail account, [email protected], for commercial inquiries. Parker also has a Facebook page with almost 2,000 fans.