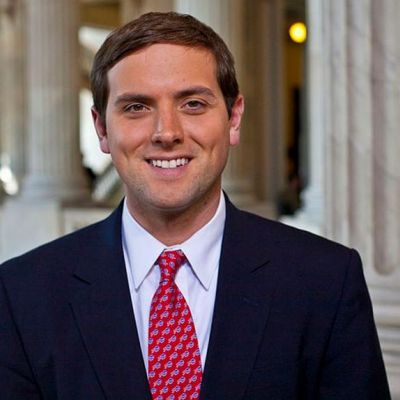 Luke Russert is a former NBC News journalist who worked for the network from 2008 to 2016. Luke has worked for a variety of media outlets, including NBC Nightly News, TODAY, NBCNews.com, and MSNBC. On MSNBC, he has also featured as a guest anchor on Andrea Mitchell Reports and Way Too Early.

Russert is the son of journalist Tim Russert and his wife, Maureen Orth. Russert graduated from St. Albans School in Washington, D.C. in 2004. He worked for ESPN’s Pardon the Interruption while at Boston College, where he double-majored in Communications and History and graduated in 2008.

Russert co-hosted the sports talk show 60/20 Sports on XM Satellite Radio with James Carville while at Boston College. In August 2008, only a month after graduating from Boston College and a month after his father’s death, NBC News hired Russert as a correspondent covering youth problems as part of its coverage of the 2008 presidential election.

He was tasked with covering both the Democratic and Republican conventions. His election night segment, which examined how Barack Obama’s victory affected young people, helped NBC win a News & Documentary Emmy for its coverage of the 2008 election.

Luke has freely recognized that media opponents, including some colleagues, have accused him of unqualified nepotism due to his lack of professional experience at the time of his hire. These allegations are based mostly on his father’s position at NBC and his mother’s employment as a Vanity Fair correspondent. All he does is attempt to ignore it, he said.

From May 2009 through July 2016, he served as a Congressional correspondent for NBC News on Capitol Hill, covering the House of Representatives. He made headlines in 2010 when he received a public apology from then-House Ways and Means Committee Chairman Rep. Charlie Rangel (D-NY).

Rangel condemned Russert’s rigorous questioning of an ethics report that revealed some of Rangel’s transgressions and unlawful donation solicitations.

In 2011, he covered Hurricane Irene for NBC News. Russert made his primetime debut on NBC’s Dateline in February 2012 with Conviction, a documentary that investigated whether Jon-Adrian Velazquez’s 1998 murder conviction was justified or whether Velazquez was wrongly sentenced to life in prison for a crime he did not commit. The broadcast received a News & Documentary Emmy nomination for Best Report in a News Magazine.

Russert abruptly resigned from NBC in July 2016, stating a desire to evaluate his career choices. Russert is involved in humanitarian initiatives supported by his late father. On April 20, 2010, he became the host of the Boys & Girls Club of Greater Washington’s annual Congressional luncheon, which was renamed after his father.

Luke once told POLITICO that Ireland’s Four Fields in Woodley Park is one of his favourite pubs in D.C. because the bartenders pour a great Guinness and there’s always live music on any given night. Another favourite pub he frequents is Billy Martin’s Tavern in Georgetown.

He penned an essay titled What I Learned From My Father for Parade’s June 19th, 2011 issue. Russert serves on the board of the Buffalo Fan Alliance, a nonprofit dedicated to preserving the Buffalo Bills in Buffalo, New York, where his father grew up.

Luke Russert’s Salary and Net Worth

Luke Russert has had a successful career as a journalist despite his early age. He has worked for some of the largest media companies in the United States and has done an excellent job for them.

Luke has an estimated net worth of $10 million as of 2022, primarily from his job as a journalist. Little is known about his other sources of income, such as investments or anything else.

Luke Russert is a smart journalist who has proven his worth despite a few setbacks along the way. We’re curious to see what he’ll do next now that he’s left NBC.