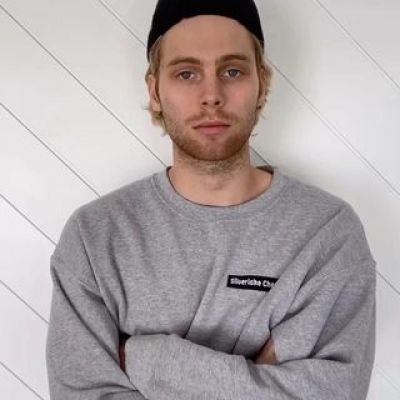 When it comes to Luke’s educational history, he attended Norwest Christian College as a child. During his college years, he met his bandmates Calum and Michael. He dropped out of school and never graduated when his music career took off. Furthermore, Luke is an Australian citizen.

What is Luke Hemmings’s Height? Stunning hunk Luke Hemmings is 6 feet 4 inches tall and weighs about 81 kilograms. His eyes are blue, and he has brown hair. He owns a size 9 shoe in the United States.

Luke Hemmings is a guitarist and lead vocalist for 5 Seconds of Summer, an Australian rock band (5SOS). He has swooned the hearts of half of the teenage population. Since a young age, he has been a fan of well-known bands such as ‘Good Charlotte,’ and he has always known that music will be his future. Following this route, he began uploading videos to YouTube to share his acoustic versions of various songs as well as his guitar playing in front of an audience.

Luke formed a band with his college friends who shared a love for creating music—5 Seconds of Summer (5SOS). He started uploading cover songs videos to his YouTube channel, hemmo1996, in 2011. On February 13th, 2011, he released his first cover song video, Please Don’t Go by Mike Posner. He later changed the channel to the band’s name and began sharing music on YouTube. They began posting covers of songs by a variety of artists.

Luke and his band quickly gained attention and became favorites among YouTube users. This resulted in 5SOS being heard by the popular band “One Direction” in 2012, who invited them to join them on their world tour. This was their greatest break, and they began to gain further recognition as a result.

He and his band members released the EPs Unplugged and Somewhere New in 2012. In addition, 5 Seconds of Summer was nominated for two Billboard Music Awards in 2015.

In addition, the band signed a deal with Sony ATC Music, a record label. The band released their debut single, She Looks So Fine, in early 2014. It was the number one song in Australia, New Zealand, Ireland, and the United Kingdom. Similarly, their self-titled debut album charted at number one in 11 countries.

This Australian band made it to the international stage and has been climbing the popularity ladder ever since. 5SOS also received the American Music Award for New Artist of the Year in 2014. “High,” “Lonely Heart,” “Thin White Lies,” “Lover Of Mine,” and “Not In The Same Way” are some of their official YouTube videos. These videos have received millions of views, and the channel has more than 7.01 million subscribers.

Luke Hemmings’s Income And Net Worth

How much is Luke Hemmings’s Income? In terms of Luke Hemmings’ earnings, he is a well-known figure in the music industry who has amassed a sizable fortune over the course of his career. As a result, his net worth is estimated to be around $2.5 million. In addition, he made money from his stage show and concert. He has made money from his social media accounts, which have amassed millions of followers.

Who is Luke Hemmings’s Girlfriend?  Luke has been dating pop star, Sierra Deaton, according to his personal life. She is a stunning singer who won The X Factor US, a singing reality show. The couple began dating in 2018 and made their relationship public by sharing photos of themselves on social media. They are often photographed together on holidays and cuddling in pictures that appear on Instagram. There are no signs of a breakup, but they could be pushing their friendship too far. They seem to be a perfect match.

When it comes to Luke’s past relationships, he dated Arzaylea Rodriguez and they were seen together at one of his concerts. He made it public that he and Arzaylea, the Instagram enthusiast, are dating, and the two have even made a few public appearances together. Kylie Jenner’s eighteenth birthday party in Los Angeles was where the two first met. Later, rumors circulated that she was cleaning Luke with another singer. The couple eventually split up and found themselves to be friends.

Furthermore, there is currently no information about him being connected to any controversial actions or rumors, as well as any legal problems. He’s done an excellent job of projecting a positive image.