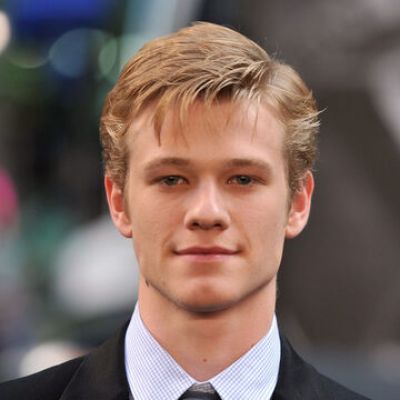 Lucas Till is an actor and producer from the United States. Lucas Till has starred in a number of television and film projects, including X-Men: First Class, House, and Hannah Montana: The Movie. Aside from his acting accomplishments, he is well-known for his romantic entanglements with celebrities such as Taylor Swift.

Lucas Daniel Till is the actor’s full name. Lucas Till was born in Fort Hood, Texas, to John Mark Till and Dana Lyn on August 10, 1990. His father is a United States Army officer. His mother is a chemist who works in the pharmaceutical industry. Nick Till is his younger brother. Furthermore, he is 30 years old and of American nationality. His zodiac sign is also Leo.

The actor grew up in the Atlanta suburbs. At a young age, he began imitating voices and movie characters. Dana Lyn decided to enroll her son in a local acting class to enhance his talents after spotting his aptitude. He began his modeling career when he was ten years old. While acting as a kid actor, he continued his schooling. He graduated from Carlton J. Kell High School in Georgia’s Cobb County School District in 2008.

He began appearing in television and print advertising when he was ten years old. He was discovered while taking acting courses by Joy Pervis, a well-known Atlanta talent agency. Pervis got him his first job as a kid model and actor after that. He portrayed Michael in the short film “The Lovesong of Edwerd J. Robble” in 2003. He had a big role in the film “The Adventures of Ociee Nash” the following year. Lucas also appeared as Harry Vanderbilt in the Kristen McGary-directed film. He played Chad in the short film “Pee Shy” in 2004.

In the same year, he appeared in the film “Lightning Bug.” Robert Green Hall made his directorial debut with the picture, which premiered at the ‘Philadelphia International Film Festival.’ When Lucas was cast in ‘Walk the Line’ in 2005, it was his first major part. The film is a biography of Johnny Cash, the iconic singer-songwriter. ‘Walk the Line,’ directed by James Mangold, premiered at the Telluride Film Festival in Telluride, Colorado. Johnny Cash’s older brother, Jack Cash, was played by Lucas. He starred in the television film “Not Like Everyone Else” in 2006. In the film, he played Kyle Kenney, which aired on ‘Lifetime Television.’

In the same year, he starred as young Samuel North in the supernatural horror film “The Other Side.” Gregg Bishop directed the film, which had its world premiere at the Slamdance Film Festival in Park City, Utah. In the 2008 direct-to-DVD zombie comedy film “Dance of the Dead,” Lucas plays Jensen. In the same year, he starred as Simon in the critically acclaimed television medical drama series “House” in an episode titled “Joy to the World.” He plays a young store worker in the 2009 Direct-to-Video film “Laid to Rest.” In the same year, he appeared in an episode of the supernatural drama series “Medium” called “Things to Do in Phoenix When You’re Dead.”

He auditioned for ‘Hannah Montana: The Movie’ in 2008. He was cast as Travis Brody in the film, which was released in 2009. The film was a watershed moment in his career because it was distributed by Walt Disney Studios and starred Miley Cyrus, a then-teenage singing and acting sensation. He plays Justin in the 2009 Direct-to-Video film “The Lost & Found Family.” He also appeared in a couple of episodes of the web series “Fear Clinic” in the same year. In the online series, he played Brett and starred in the episodes “Scotophobia” and “Hydrophobia.”

He portrayed Larry, a Russian agent, in the 2010 action comedy film “The Spy Next Door.” The following year, he participated in an episode of the television sitcom series “Blue Mountain State” titled “The Legend of the Golden Arm.” In his acting career, the year 2011 was significant because he appeared in two big-budget films. He played Cpl. Scott Grayston in the science fiction action film “Battle: Los Angeles.” The film, directed by Jonathan Liebesman, was a major box office hit. Following that, he starred as Havok in the Marvel Comics superhero action film X-Men: First Class.

In the 2014 film “X-Men: Days of Future Past,” he reprised his role as Havok, as well as in the 2016 film “X-Men: Apocalypse.” Then, in 2011, he played Ben in the Direct-to-Video superhero film “All Superheroes Must Die.” He starred as Sam in the direct-to-video film “Dark Hearts” in 2012. He also starred in a short film called “Someone Like You” that same year. In the 2013 British-American psychological thriller film ‘Stoker,’ he played Chris Pitts. Park Chan-wook, a South Korean filmmaker, made his English-language debut with ‘Stoker.’ In the 2013 Direct-to-Video thriller film “Crush,” he played Scott Norris. He also starred as Toby in the direct-to-video film “Wet and Reckless” in the same year.

In the suspense film ‘Paranoia,’ directed by Robert Luketic, he plays Kevin. In the 2014 thriller-drama film “Sins of Our Youth,” Lucas plays Tyler. In 2014, he also starred in the Direct-to-Video flicks “Wolves” and “Kristy.” He starred as Josh Harvest in the direct-to-video film “Bravetown” in 2015. In ‘The Curse of Downers Grove,’ he played Bobby. He began portraying the protagonist in the action-adventure television series “MacGyver” in 2016. In the 2016 horror film “The Disappointments Room,” he played Ben. He played Tripp in the 2017 action comedy film “Monster Trucks.”

Lucas Till undoubtedly earns a substantial sum of money as an actor. He has a net worth of around $2 million as of 2020. Lucas Till has amassed his fortune through his great acting career. Furthermore, if he works hard, he may be able to earn more money from his career.

Lucas Till was involved in a number of celebrity romances. He had a brief romance with Taylor Swift, a well-known singer. After appearing in the music video for Swift’s song “You Belong with Me,” in which he played the protagonist’s love interest, the actor began dating her. He has also had romances with models Kayslee Collins (2010-2012) and Carlson Young (2010-2012). (2012-2013). He was in a relationship with actress Debby Ryan in 2010. His relationship with Debby Ryan, on the other hand, was never officially ended.

Till expressed his dissatisfaction with Lenkov, who was sacked by CBS earlier this month as a result of toxic workplace allegations, in a recent interview with Vanity Fair. The 29-year-old actor claimed he was bullied by the fired employee, including body shaming. Till told the source, “I’ve never worked this hard in my life, and I’m fine with hard labor.” “However, Peter’s treatment of others is intolerable. Because of how he made me feel during my first year on the show, I was suicidal. But the way he’s treated the people around me has pushed me over the edge.”

He is 5 feet 10 inches tall and weighs 70 kilograms, according to his body measurements. His chest measures 41 inches, his waist measures 32 inches, and his biceps measure 12 inches. Furthermore, his hair is blonde, and his eyes are blue. He has a well-kept body and a great body figure, as well as a striking demeanor, as an actor. That is why he has a lot of female fans.