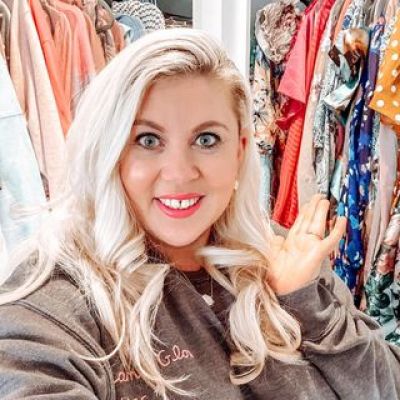 Louise Pentland is a YouTube star, writer, and author from the United Kingdom. Louise Pentland has two Youtube channels and can also be found on other social media sites such as Instagram, Twitter, and Facebook. She’s also the author of three novels and two collections of short stories.

Who is Louise Pentland? Louise Pentland was born on April 28, 1985, and will turn 35 in April 2020. Her full name is Louise Alexandra Pentland, and her hometown is Northampton, England. Pentland has not disclosed the names of her parents, but she has stated that her mother died of metastatic breast cancer, which she discusses in depth in her October 2015 video, My Pink Hair Story.

Pentland’s father later remarried, and her stepmother abused her mentally and physically. Similarly, she was bullied in high school at Northampton High School. She went on to earn a Bachelor of Science degree in Psychology and Biology with honors. Louise earned her bachelor’s degree in 2006 from Liverpool John Moores University. She has made no mention of her siblings or other family members. Her nationality is British, but she has kept her ethnicity a secret.

What is Louise Pentland’s Height? Louise’s exact height, weight, and other body measurement specifics such as chest-waist-hip, dress size, shoe size, and so on are unknown. Despite this, she has often expressed her identity as a plus-size woman. She has worked with plus-size apparel company SimplyBe and successfully launched her own fashion line on the e-commerce platform. Louise also has hazel eyes and blonde hair, which she dyes in a variety of shades, including pink and peach.

Louise Pentland is an artist, YouTuber, and blogger. She primarily focuses on motherhood, beauty, and lifestyle vlogging in her Youtube videos. SprinkleofGlitter or SprinkleofChatter, her online alter ego, is also well-known. In 2016, she officially disavowed these usernames and replaced them with her own name.

The name Louise Pentland might not come to mind right away, but if you’re a regular on YouTube and enjoy fashion and makeup, there’s a good chance you’ve come across her wildly popular channel. Her YouTube channel has over 2.36 million viewers and billions of views. Her accounts on other social media sites are equally popular as her YouTube channel. Her Instagram and Twitter accounts reportedly has over 2 million followers each.

Louise has been a fashion and beauty blogger for a long time and has recently turned into an author and fashion consultant. She is the face of plus-size women and has been a strong voice for women of all shapes and sizes. She has ideally cast herself in the different roles she has taken on, and her channels have undergone a completely brazen makeover over the years, which the audiences have enthusiastically embraced.

Louise has also maintained her blog for a long time, and it has provided plus-sized fashion addicts with inspiration. Apart from her YouTube earnings, she has ridden high on the peaks of popularity with numerous tie-ups with fashion lines, beauty franchises, and lifestyle brands.

Louise Pentland’s prolific career as a beauty blogger and vlogger happened by chance. In business settings, she worked in a variety of office positions. She began a blog about Do-it-Yourself interior design hacks and crafts as a hobby at the time. She gave the blog the name “Sprinkle of Glitter” to match the theme. The blog quickly grew in popularity and became a go-to spot for glitter addicts.

Louise’s blog’s popularity inspired her to branch out to other social media outlets with a larger audience. As a result, in 2010, she decided to launch her own YouTube channel. On January 19, 2010, she launched her own channel, “SprinkleofChatter,” and on July 26, 2012, she launched a second channel, “SprinkleofChatter.” Her main channel currently has 2.36 million viewers, while her secondary channel has about 1.08 million.

She used the same name for her channel as she did for her blog. Her DIY crafts were for a pre-wedding planning regime since she married Matt the same year. Louise began each of her videos with her signature greeting, “Aloha Sprinklerinos,” delivered in her signature warm and polite tone. This struck a chord with the audience right away.

Furthermore, Louise started her YouTube channel with how-to videos for interior decorating and DIY projects. She then went on to the world of fashion. Louise made a number of vlogs about fashion and outfit options for pregnant women while she was pregnant at the time. She paid special attention to her size group, and her fashion advice focused primarily on fashion for plus-sized women, especially plus-sized pregnant women, who often struggle to maintain a fashionable lifestyle during pregnancy.

Louise’s first vlogs also included details about her pregnancy, including what she did, what she ate, and how she felt in general. Her unborn child was dubbed Baby Glitter, and the crowd adored her introduction to her daughter Darcy. She proved to her audience that pregnancy does not have to put a stop to fashion ambitions, and she did so very well by trying on various nail arts and hair coloring trends.

She went to London to meet with her fans and even took a tour of the theme parks despite the fact that she was pregnant and a new mother. Darcy, her daughter, was featured in several of her earlier posts, and viewers enjoyed seeing her do adorable baby stuff. Louise featured her in a few baby outfit videos and cute baby accessory videos that she posted on her YouTube channel. Louise shared footage of her beauty hauls and impromptu Outfit Of The Day (OOTD) videos in between baby videos.

Louise also kept it real the majority of the time, and it was clear that becoming a new mother leaves no time for things like fashion and makeup. She stuck to her guns and continued to share her beauty, fashion, and lifestyle advice. She also partnered with other YouTubers in the process.

Zoe Sugg of the YouTube channel Zoella has been featured on her channel many times, and the two of them have collaborated on a number of makeup and fashion posts. Alfie Deyes, Tanya Burr, Dan Howell, and Troye Sivan are just a few of the YouTubers with whom Louise has worked.

Louise has also gone on many promotional tours across the UK and the world, speaking with her fans and supporting her channel. Moreover, she has been quoted by a number of media outlets, and she has made it clear that she is a feminist.

Louise then released her first novel, Life with a Sprinkle of Glitter, with Simon & Schuster Publishing in July of 2015. This book is full of little tidbits about how to live a happier, more satisfying life. She based the book on her own personal experiences.

In addition, she followed up this literary debut with another book the following year. Sprinkle of Glitter 2016 Diary: Have the Best Year of Your Life is the title of the novel. and it’s a selection of her life experiences and stories. Her second book was published by Faber and Faber Publishing.

Wilde Like Me: Your Ultimate Feel-Good Summer Read! is also Louise’s debut novel. In June 2017, she released it, and in August 2018, she released the sequel, Wilde About The Girl. The third and final book in the series, Wilde Women, was released in September of this year. In 2016, Bonnier Zaffre bought the rights to these books.

Louise also partnered with plus-size apparel company SimplyBe in the same year, and successfully launched her own fashion line on the e-commerce platform.

She then launched her own podcast, Mothers’ Meeting with Louise Pentland, in November 2019, with episodes concentrating on “offering insight into the parenting styles, personal struggles, and points of view of some of Britain’s best-loved mums.” Angela Scanlon and Emily Norris starred in the first episode. Konnie Huq, Katie Piper, and Nadia Sawalha are among her other guests.

Like the maker herself, Louise’s material on her channel is upbeat and feel-good. Louise takes on life and all of its problems head-on, and she isn’t ready to give up. Similarly, she is an inspiration to millions of women around the world in accepting their plus-sized bodies and dispelling the myth that being curvy means ignoring fashion and beauty. She isn’t afraid to be herself in front of her audience, and she has shared both her darkest and happiest moments with them.

In September 2016, Louise also planned to revamp the content on her YouTube channel and blog. She revealed that she will now focus on more mature topics rather than the teeny-boppers and glittery style she had been using for so long. As a result, her recent videos have been more focused on adult topics and represent her mood.

Who is Louise Pentland’s Boyfriend? On September 4, 2010, Louise Pentland married Matt Watson. Darcy Jane Watson, the couple’s daughter, was born in April 2011. They did, however, split up in the middle of 2014. Despite this, both parties reported in 2015 that they were still on good terms. Matt is also a school teacher.

Louise Pentland is currently involved in a romantic relationship with Liam O’Neill. Pearl Jane Pentland is the name of the couple’s daughter. She was born in January of this year. In March 2020, the couple also declared their engagement.

When it comes to Louise’s social media presence, she started using Twitter in October 2010 and now has over 2 million followers. Similarly, as of August 2020, she has 2.4 million Instagram followers and 4576 post shares under the handle @louisepentland. Louise has a Facebook page with 944k subscribers, as well as two YouTube channels.

Louise Pentland’s Income And Net Worth

How much is Louise Pentland’s Income? Moving forward, Louise Pentland is estimated to have a net worth of $1.5 million dollars. She makes money by blogging, vlogging, Youtube videos, endorsements, a clothing line, publishing, and other activities.