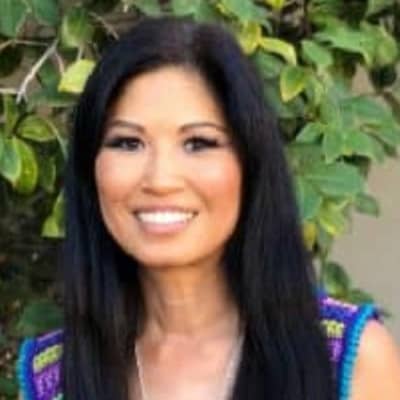 Lori Matsuoka was born in the state of California, United States of America. Furthermore, she is an American citizen of Asian-American descent. Aside from that, no information is available about Lori’s birthdate, age, ethnicity, zodiac sign, parents, siblings, or childhood life. We can assume that she was well cared for by her parents as a child based on her successful career.

In terms of academic credentials, she completed her high school education at a local high school. She also enrolled in a public US state institution and graduated with a degree in business and sociology.

Lori has dark black hair and dark black eyes. Aside from that, no information about Lori’s height, weight, or other body measurements is available.

In terms of her professional background, she began her career in sales and marketing. Furthermore, because she was dissatisfied with her job, she quit and began a career as a Blogger for ‘Giving Back Magazine.’ She is currently employed as a Philanthropy editor and inspirational blogger for BdaKiNE.com. She writes about music, charity, travel, creatures, and animals on her blogs.

She is also involved in social and charitable activities. She is devoted to the welfare and prosperity of animals. Furthermore, she has aided a number of non-profit organizations and raised funds in a variety of ways to assist various organizations. In addition, as part of her work, she has saved the lives of several animals.

Lori has yet to receive an award or recognition. We can expect her to receive them in the coming years. Her husband has won a few of them throughout his career. He was named Naismith Men’s College Player of the Year from 1972 to 1974. In addition, he was named NCAA Basketball Tournament Most Outstanding Player in 1972 and 1973. In addition, he is named NBA Sixth Man of the Year in 1986. He won the NBA Finals Most Valuable Player Award in 1977.

Lori Matsuoka married her boyfriend Bill Walton in 1990 after they had been dating for more than a year. As of now, they have not made their children public. Bill was previously married to Lori’s first wife, Susan Guth, with whom he divorced in 1989 before marrying Lori. Adam Walton, Nathan Walton, Luke Walton, and Chris Walton are Bill and Susan’s four children.