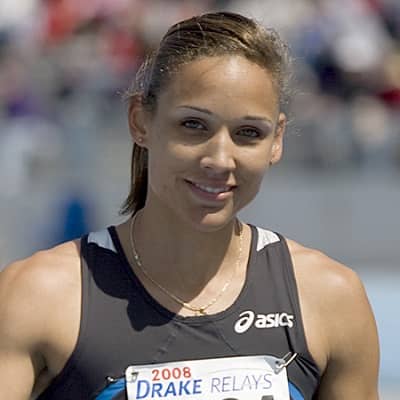 Lolo Jones is a well-known hurdler and bobsledder from the United States. Lolo Jones is a 60-meter and 100-meter hurdles specialist who has won numerous local, national, and international titles during her athletic career.

Lolo has characterized herself as French, African-American, Native American, and Norwegian in terms of her family. Lolo is also a committed Christian. Before competitions, Lolo often be seen praying. On Twitter, she also discusses her faith. She also grew up with her brothers and Lori, a single mother. Lolo was also named after her mother, but she began using the name “Lolo” on the phone to distinguish herself from her mother.

When it comes to her educational background, Lolo graduated from Louisiana State University in 2005. Lolo is currently based in Baton Rouge, Louisiana. Lolo Jones had already attended eight schools in eight years. This occurred in the midst of her mother working two jobs to maintain her six-person family.

Lolo’s father served in the Air Force for the most of her youth. Her father would later spend nearly half of his life in state prison. Lolo’s family moved into the basement of a Des Moines Salvation Army church while she was in third grade. During the summer, when the church offered day camps, young Lolo Jones would often get up early. She did this to avoid being teased by other youngsters if they discovered she was living in the basement.

When her family was ready to relocate to Forest Community, Iowa, Lolo Jones told her mother that she couldn’t go to a city without a track because she was pursuing her ambition. Lolo, on the other hand, was mistaken, as Forest City High School had a track.

In addition, Lolo Jones and her family split up. Coach Ferguson, Lolo’s mentor, arranged for her to live with four different families during her time at Des Moines’ Theodore Roosevelt High School.

Lolo Jones is a well-known hurdler and bobsledder in the professional world. Lolo is a 60-meter and 100-meter hurdles specialist. The athlete won three NCAA championships and was named to the All-American team 11 times. She achieved this while attending Louisiana State University.

In addition, Lolo won indoor national titles in the 60-meter hurdles in 2007, 2008, and 2009. In 2008 and 2010, Lolo won gold medals at the World Indoor Championships. Lolo was the brakewoman for Kaillie Humphries at the 2021 IBSF World Championships in bobsled.

Lolo was also a favorite to win the 100-meter hurdles at the Beijing Olympics in 2008. She slipped on the penultimate hurdle, however, and was forced to settle for seventh place. The athlete went on to win gold at the World Athletics Final in 2008. Lolo beat Dawn Harper, the newly minted Olympic champion, with a timing of 12.56 seconds during this tournament.

Jones also holds the American record in the 60-meter hurdles with a time of 7.72 seconds. She maintained the record until Kendra Harrison and Sharika Nelvis improved the mark to 7.70 seconds in 2018. Lolo Jones is also a member of the U.S. national bobsled team’s competing brakewomen. Lolo and her team earned a gold medal in this sport at the 2013 World Championships.

Jones also competed in the 2014 Winter Olympics for the United States. Lolo Jones became one of the rare athletes to compete in both the Summer and Winter Olympic Games as a result of this. Lolo was also a track star at LSU during his college years. Her squad also won the SEC championship six times. Lolo also took first place in the 60-meter hurdles at the World Indoor Championships. This fueled predictions that Lolo would win the 100-meter hurdles event in the 2012 London Olympics.

Lolo has participated on a number of reality TV shows in addition to the Olympics. Dancing with the Stars, The Challenge, and Celebrity Big Brother are among them. Lolo Jones is also sponsored by Asics and Red Bull.

Jimmy Butler and Lolo Jones had a romantic relationship. However, it appears that the two have gone their own ways, and Lolo may possibly be single. Lolo frequently discusses her desire to remain a virgin till she marries. Lolo Jones revealed in a 2012 broadcast on HBO’s Real Sports that she dates online and battles to keep her virginity.

Lolo Jones stands at approximately 1.75 meters (5 feet 8 inches) tall. Lolo’s bodyweight is 73 kgs, and her chest, waist, and hip measurements are 34-25-35 inches. Lolo’s eyes are hazel, and her hair is blonde.

Lolo Jones joined Twitter in August 2009 and currently has over 390.6K followers on her @lolojones account. On Instagram, she is known as @lolojones. As of early 2021, this account had 679 posts shared and over 564k followers. She is also a Tiktok user. @lolojones is Lolo’s TikTok username. Lolo Jones’ personal Tiktok account currently has 76.5K followers and 1.3 million likes. Lolo Jones’ net worth is estimated to be at $1.5 million US dollars.