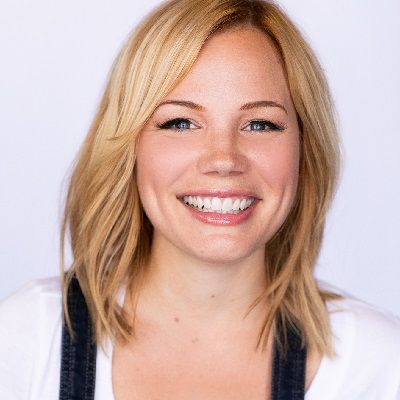 Lisa Schwartz is an actress and YouTube personality from the United States. Lisa Schwartz has a YouTube channel called Lisbug with more than 2.2 million subscribers.

Lisa Schwartz was born on April 4, 1983, in Tarzana, California, United States, under the sign of Aries. She is 37 years old right now. Jennifer Lynn Schwartz is her mother’s name, and Glen Howard Schwartz is her father’s.

Furthermore, nothing is known about her family or her childhood. Adam Schwartz is her younger brother. Similarly, when it comes to her nationality, she is an American citizen who is of mixed Polish-Jewish ethnicity. There is no detail about her professional accomplishments when it comes to her educational history. However, given her age, she may have completed her university education.

When it comes to Lisa Schwartz’s professional career, she has starred in a number of films as well as a television project. She’s also done voice acting and ultimately moved into the interactive media platform. Similarly, she developed an interest in theater acting and performed in the children’s play Peter Pan. She has also taken part in all of the school’s plays and dance events.

Lisa Schwartz, also known as lisbug, started her YouTube channel on April 13, 2007. Her channel’s video content consists primarily of vlogs, comedy videos, skits, sketches, and some girly gaming. She made a variety of videos on a variety of subjects, ranging from current events to theme parks.

On July 12, 2009, she uploaded her first debut video to the websites, titled “So You Think You Should Drink?” This video has been viewed 78,755 times. She’s produced a wide range of clips for her 2.2 million subscribers since then, ranging from product tests to funny music parodies of songs. She has parodied Miley Cyrus’ “Wrecking Ball,” which has received over 11.5 million views, as well as her web series “Two Broken Girls,” which she co-created with comic Traci Stumpf.

She’s also been on Atom TV, Comedy Central’s “Tosh.0,” and an episode of “It’s Still Sunny in Philadelphia,” among other shows. She made children laugh as a birthday party princess for hire before becoming popular on YouTube. SKETCHES, Size 2 & Size 14 Try On The Same Outfits, REAL LIFE ME, LIFESTYLE AF, and PARODIES are some of the online series she has on her YouTube channel right now.

She’s also collaborated with Seventeen, Yahoo!, Maker Studios, and starred in the 2014 film Not Cool, directed by YouTube personality Shane Dawson. With Dawson, she also spoke out against cyberbullying.

She is also very open and frank, and she has always come forward to share the most painful aspects of her life in the hopes of spreading positivity. She encourages people to continue on their path of understanding by creating something that brings them joy. Similarly, she has made effective use of her Youtube platform to raise awareness about sensitive issues such as cyber-bullying.

She has also appeared in the films Not Cool (2014), My Profile Story (2012), and the ABC web series This Isn’t Working (2016). She was the voice of Talking Angela in the web series Talking Tom and Friends. This web series is in its fourth season and has been broadcast on television in many countries outside of the United States.

In 2015, she worked on the original series “Party Girl” for Disney’s Maker Studios and New Form Productions. She has been a writer and actor for ABC Digital’s original show “This isn’t working” since 2016. Her first novel, Thirty-Life Crisis: Navigating My Thirties, One Drunk Baby Shower at a Time, was released on August 27, 2019.

In terms of Lisa Schwartz’s earnings, she is an actress as well as a Youtube celebrity who has amassed a sizable fortune. Her current net worth is reported to be around $2 million, but her salary has yet to be revealed.

According to her YouTube statistics, she has posted 1,421 videos that have received a total of 459.9 million views. She averages four new videos per month and earns about $78,000 per month from Youtube videos as of April 2020. Despite this, she is enjoying a luxurious lifestyle as a result of her good fortune.

What is Lisa Schwartz’s relationship status?

When it comes to Lisa Schwartz’s personal life, she is reportedly married to Jeff Galante. He’s also a YouTuber who performs stand-up comedy. They are in a loving relationship and live together. Similarly, they are staying in this quarantine with each other to avoid COVID-19. They continue to post photos of themselves together on social media. They do, however, seem to be from February 11, 2019.

When it comes to her past relationships, she was previously linked to Shane Dawson. Shane acknowledged that she was his first kiss and sexual encounter, and that they were having a nice time together. They were also sharing a home.

She has also dated Mark Yaeger, a film music composer. In June of 2016, they started dating. She used to post pictures of him on her Instagram feed, and they were often seen traveling together. There isn’t much detail about their relationship, and their most recent Instagram photo together was in January 2018.

In addition, she has kept a low profile and has never been linked to a controversial act in her personal or professional life.

Lisa Schwartz, 37, is a stunning and attractive woman. She stands 5 feet 5 inches tall and weighs about 57 kilograms. Similarly, she has blonde hair and blue-colored attractive eyes. She still hasn’t revealed any other information about her body, such as her shoe size or dress size.

Lisa Schwartz is active on a variety of social media sites, including Instagram, Twitter, and YouTube. She has amassed a sizable fan base as a result of her public appearances.

She has more than 553k Instagram followers under the name @lisaschwartz. She also has a Twitter following of 370.2K people and a Facebook following of over 104k people.

She also has a YouTube channel of over 2.18 million subscribers. For company and booking inquiries, she has also given her email address, [email protected]