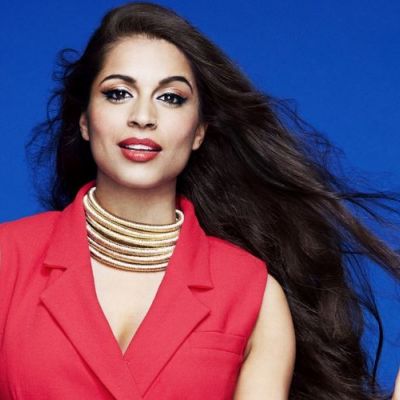 Lilly Singh, also known as IISuperwomanII, is a Canadian YouTuber. She is also a comedian, author, and vlogger.

Lilly Singh was born on September 26, 1988, in Ontario, Canada, to parents of Indian origin. Her parents are Sikhs, Sukhwinder Singh and Balwinder Singh.

Lester B. Pearson Collegiate Institute was where she went to school. In 2010, she received her BA in Psychology from York University. She has visited India several times and is close to her Punjabi ancestors.

In 2010, Lilly Singh launched her YouTube channel. In the channel, she was known as “IISuperwomanII.” She began posting a lot of videos, mostly about Punjabi culture. Her videos also include her people’s and her daily life complaints.

She is well-known for the video series ‘How Girls Get Ready,’ which features her fictitious parents. Many celebrities have appeared in her videos, including Priyanka Chopra, Dwayne Johnson, Caleb McLaughlin, James Franco, Seth Rogen, Noah Schnapp, and Selena Gomez.

She now has over 12.7 million YouTube subscribers, and her videos have been viewed over 2.3 billion times. Lillyt also has a vlog channel called SuperwomanVlogs. She updates her vlog channel with behind-the-scenes footage from her daily activities. Her vlog channel has received over 303 million views and has over 2.2 million subscribers.

Singh appeared in Jassi Sindhu’s music video “Hipshaker.” She also rapped in the single “Mauj Ki Malharein” and appeared in the film “Gulaab Gang.” Lilly released the single “The Clean Up Anthem” in 2015. She has also released a new single, “Voices.”

Lilly Singh received the MTV Fandom Awards’ Social Superstar of the Year Award in 2015. She won two Teen Choice Awards in 2016 and two Streamy Awards in 2015. Lilly also won the People’s Choice Award for Favorite YouTube Star in 2017. She has been nominated for Shorty Awards. People magazine named her one of the “Ones to Watch” in 2015. She was named one of Variety magazine’s “10 Comics to Watch.”

Lilly Singh is currently engaged to fellow YouTuber Yousef Erakat. She is also involved in philanthropy and was named UNICEF’s Goodwill Ambassador in 2017.

Lilly Singh, aka Superwoman, a popular YouTube sensation known for her on-point humor and quirky videos, recently came out as bisexual in 2019.

Lilly Singh has revealed that she is bisexual in a tweet celebrating her sexuality, race, and gender. She tweeted to her 6 million+ Twitter followers, “Female, colored, bisexual,” and received an outpouring of support from fans.

Lilly Singh’s Salary and Net Worth

Lilly Singh’s estimated net worth is more than $20 million as of August 2022. She amassed this fortune through her actress, singer, and YouTube artist work. Singh appeared in the films ‘Thank You’ and ‘Speedy Singh’ in 2011. Her other film appearances include ‘Bad Moms,’ ‘Dr. Cabbie,’ and ‘Fahrenheit 451.’ She also provided voice work for the film ‘Ice Age: Collision Course.’ She has also appeared in the TV shows Bizaardvark’ and ‘Life in Pieces.’