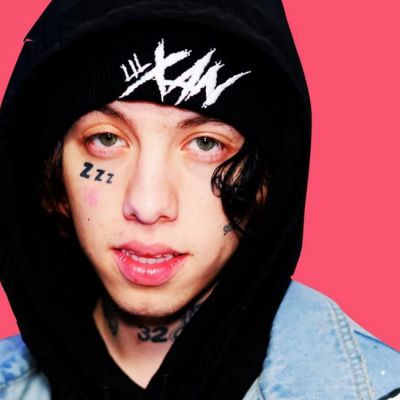 Lil Xan is an American rapper who rose to prominence early in his career. He was studying photography so that he could photograph his rapper friends. His camera, however, was stolen, and he began rapping. Who Are You and Betrayed are two of his singles?

Nicholas Diego Leanos was born on September 6, 1996, in Redlands, California, to Mexican parents. He grew up poor and spent most of his childhood in motels before attending Redlands East Valley High School. He did, however, drop out during his freshman year. He was unemployed for several years before taking a job as a street cleaner and selling drugs.

He was struggling with drug addiction as a result of his first experience with Xanax in 2014. However, he was addicted for a few years before joining the rap industry and had to quit. Lil Xan later pursued a photography career in order to support his rap friends, and he began rapping after his camera was stolen. His name is derived from the drug Xanax, to which he was addicted for two years. He was also an opiate user, and he now speaks out about drugs and spreads anti-drug messages.

Lil Xan rose to prominence in August 2017 with the release of the music video for his song Betrayed, which peaked at number 64 on the Billboard Hot 100. He rose to prominence through platforms such as Soundcloud and YouTube. In an interview with XXL, he announced his debut album Total Xanarchy, which features collaborations with artists such as Diplo and Swae Lee. In December 2017, he announced his Total Xanarchy tour, which sold out in five hours. According to Billboard, he considered changing his name to Diego in 2018 to support his anti-drug message, but he has expressed confidence in the change.

On April 6, 2018, he released his debut album Total Xanarchy, which was moderately successful commercially despite receiving generally negative reviews. He released his mixtape Heartbreak Soldiers on July 8, 2018. He announced in September 2018 that he was working on an album titled Be Safe as a tribute to Mac Miller, as these were his final words to him before he died, but it was never released. Lil Xan announced his next album, When September Ends, in November 2019, but it was never released. In 2020, he will release his next album, Sorry I Didn’t Quit.

So far, he has not received any official awards for his achievements or awards. He did, however, receive nominations for MTV Music Award Nominee 2018 and MTV Video Music Awards Nominee 2018.

Lil Xan is not married, despite dating Noah Cyrus, a singer and actress. The two collaborated on the song ‘Life or Die’ in August 2018, but the couple split up in September 2018, accusing each other of infidelity. Lil Xan claimed that the relationship was forced by the couple’s label, Columbia, but later admitted that the majority of the reasons for the breakup were his fault during an interview on Open Late with Peter Rosenberg. He also stated that he has nothing but love for the Cyrus family.

Lil Xan has been open about his benzodiazepine and opiate addiction. After two years, he was able to overcome his addiction, and he now speaks out against Xanax abuse and urges people not to use it at all. On September 28, 2018, Lil Xan was admitted to the hospital with stomach pains caused by eating Flaming Hot Cheetos; however, a CNN report revealed that Flaming Hot Cheetos met all food safety regulations. Lil Xan and his then-fiancée Annie Smith announced in February 2019 that they were expecting a child, but on April 6, 2019, Smith revealed that she had miscarried and shared the news via video and photographs on Instagram.

Lil Xan later admitted in an interview with No Jumper that he suspected Smith of forging her pregnancy. A number of rappers’ social media fans also pointed out that the couple’s ultrasound looked exactly like the one you can find on Google. They eventually split up with Lil Xan, claiming the relationship was toxic. He began dating YouTube blogger Gabby Parsons in November 2019.

Lil Xan’s Salary and Net Worth

Lil Xan’s net worth is estimated to be $4 million as of June 2022. He made his fortune as a professional rapper in the mainstream rap industry. He used to be a street cleaner. Although Lil Xan once struggled with drug addiction, he never let it cause him to give up on life. He overcame his addiction, and today we can confidently say he is financially stable.

Lil Xan is one of the world’s newest and most promising rappers, and he is expanding his career. Since publishing his music on Soundcloud a few years ago and reaching the Billboard Hot 100, he has quickly achieved success and publicity.