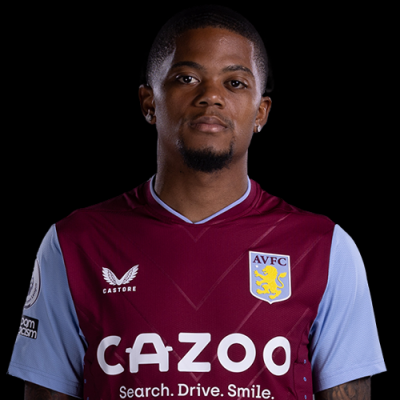 Leon Bailey was born on August 9, 1997, and is now 25 years old. He was born in Kingston, Jamaica, and he is a Leo. Leon Patrick Bailey is also his full name.

Concerning his family, his adoptive father, Craig Butler, worked cleaning toilets in order to save enough money to travel to Europe in search of Bailey. Furthermore, this personality is one of the 23 children adopted by football coach Craig Butler.

He is a professional footballer. As such, he is a winger for both the Premier League club Aston Villa and the Jamaica national team. He arrived in Europe when he was 13 years old. He has since played for a number of clubs at the youth level.

This was prior to his signing with Belgian club Genk in 2015. This footballer was named Belgian Young Footballer of the Year at Genk.

Leon Bailey’s Income And Net Worth

Moving on, as of 2022, this young footballer has a net worth of around €15 million, or £12.5 million. Bailey’s primary sources of income are his active football career, brand deals, photoshoots, and so on.

Stephanie Hope (@stephyhopen) and Leon Bailey are in a romantic relationship. This adorable couple has a son named Leo Bailey (@babyleo b). Leon’s lover received his bachelor’s degree from Georgia State University in May 2019.

This profile has over 695K followers as of September 2022. Similarly, while writing this biography, he had 119K followers on his “Leon Bailey” Facebook page.