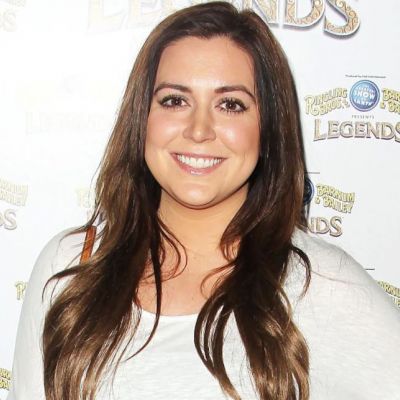 Lauren Manzo is an American television personality and internet personality. She was born on April 12, 1988, in New Jersey, USA.

Lauren Manzo was born on April 12, 1988, in New Jersey, USA. She is the daughter of ‘The Real Housewife’ star Caroline Manzo and businessman Albert Manzo. Her two brothers, Albie Manzo and Chris Manzo are her only siblings. Lauren’s childhood was always surrounded by camera operators, producers, and directors. Her mother has introduced her and her brother to the star life.

Lauren Manzo had a carefree childhood surrounded by celebrities, which is every little girl’s fantasy. She has always admired her mother and her way of life, and she is grateful to her parents for providing her with everything she desired as a child.

She is not a career woman, but her social media presence is flawless, and is now known as an internet personality. On the social media platform Instagram, she has over 515k followers. She mostly writes about her family and her thoughts on motherhood.

Lauren Manzo’s Income And Net Worth

She comes from a wealthy family and is married to another wealthy man. She does not earn much as of August 2022, but based on her family and husband’s wealth, she may have a net worth of around $2 million.

After being known as a celebrity child, she is now known as the celebrity wife of Vito Scalia, a well-known businessman and television personality. The couple had been dating for several years before marrying in New York in July 2015.

After nearly seven years of marriage, the couple’s relationship has undoubtedly had its ups and downs. Because the couple is constantly in the spotlight, they have little chance of keeping their relationship issues or accomplishments private. This is why there have been numerous rumors about their marriage, some of which have even included news of their divorce.