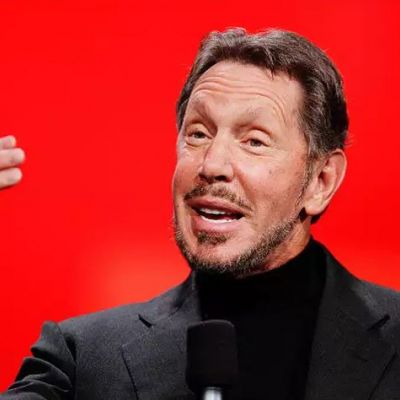 Larry Ellison is an American businessman, philanthropist, and entrepreneur who is most recognized for his work in Oracle Corporation.

Larry Ellison was born on August 17, 1944, as Lawrence Joseph Ellison. He was born in Manhattan, New York, in the United States of America. He never met his biological father because he was born to a single Jewish mother. Ellison’s father, on the other hand, was an Italian American pilot in the United States Army Air Corps.

As if it wasn’t enough, he became estranged from his mother. He had pneumonia when he was nine years old. That was too much for his mother to bear. Under those conditions, his mother chose to abandon her. His mother delegated the task of adopting him to his uncle and aunt.

His adoptive mother died when he was in his second year. As a result, he dropped out of the University of Illinois at Urbana-Champaign without ever taking his final exams. He opted to pursue his studies after spending the summer in Northern California. He enrolled at the University of Chicago at that time. For the brief period, he was there, he studied computer design. As a result, despite attending two universities, Ellison never graduated.

He worked for Amdahl Corporation for a short time in the 1970s. He then worked for Ampex Corporation. One of his efforts was to create a database for the CIA, which he named Oracle. In 1977, he and two partners established the Software Development Laboratories. Its name was modified to Relational Software Ink in 1979. In 1982, Ellison renamed his firm Oracle Systems Corporation in honor of his most important accomplishment, the Oracle Database.

Larry was promoted to director following Steve Jobs’ return to Apple Computer. This happened in 1997, and he quit in 2002. He has also made investments in tennis, yachting, and land. He is a pilot and a philanthropist.

Ellison was recognized as an EY Entrepreneur of the Year Award Recipient in the High Technology Category.

In terms of partnerships, Larry has had four marriages, all of which ended in divorce. Adda Quinn was his first wife, and they were married from 1967 to 1974. He met Nancy Wheeler Jenkins three years after his divorce. He founded the Software Development Laboratories while the two were together. After only six months of marriage, they divorced in 1978.

Larry was married to Barbara Boothe from 1983 to 1986. She previously worked for Relational Software Inc. They had two boys, Megan and David, while they were still together. Both sons are film producers, with the former working for Annapurna Pictures and the latter for Skydance Productions.

His previous one was terminated in 2010. He and Melanie Craft married on December 18, 2003, and were together until the year listed above.

Larry Ellison’s Salary and Net Worth

Larry Ellison’s net worth is predicted to be more than $70 billion as of July 2022. His primary source of revenue is his company, Oracle Corporation. He is not just the company’s founder, but also its CEO. He has made approximately $8 million from dividends and stock sales alone. His annual income is estimated to be $75 million. His home is worth $200 million, and he has other investments as well.