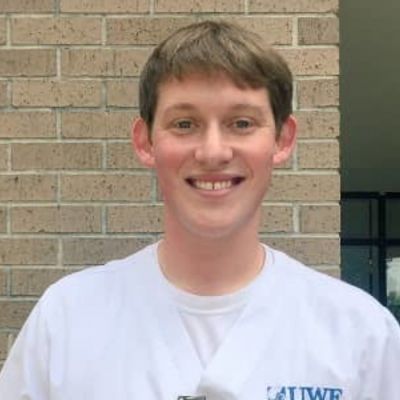 Lance Thirtyacre is a 27-year-old actor who was born on September 23, 1993. Lance was born in the city of Pensacola, Florida, and he is a Libra. Lance Ashton Thirtyacre is also his full name. Lance has a brother called Logan Thirtyacre and a sister called Haleigh in his family.Logan also has a YouTube channel titled “SuperMarioLogan.” Lance cracked Logan’s skull with a baseball bat when he was just three years old. His parents are Kelly Thirtyacre and Jennifer Grant, according to further information about his family.

When Lance was four years old, his parents split. His mother married again, this time to a guy called Brian. Lance’s father was also a truck driver. His ancestors are of Irish origin. Lance holds a Bachelor’s Degree in Medical Science, according to his educational background. In his Meet The Cast video, he also stated that he has an associate degree in nursing and a bachelor’s degree in healthcare administration.

Lance Thirtyacre is a well-known Youtube personality. He’s also a comedian and a puppeteer/plusheteer. Lance is the Logan Thirtyacre’s elder brother and a business partner. Logan is a well-known YouTuber who operates the “SuperMarioLogan” channel. Lance lends a hand to his brother by lending his voice to a number of characters on Logan’s YouTube channel. Lance is also a YouTuber named Lovell Stanton’s buddy.

Lance is most known as the voice actor for the characters Jeffy, Shrek, Goodman, and Black Yoshi in the game “SuperMarioLogan.” Lance has also voiced a variety of other characters on the channel. He’s also been a huge assistance to Logan throughout his career, from coming up with video ideas to proposing plans for additional characters to the series.

Lance also used to run the YouTube channels 19Lance93 and CountryGirlOnCrack. He currently has his own YouTube channel, “Lance Thirtyacre.” Logan also assisted in the operation of these channels. Furthermore, Lance’s abilities are critical to the channel’s success, and despite his YouTube stardom, Lance stays modest and grateful to his viewers.

The majority of his videos are him addressing fan questions or accepting fan letters. After the breakup between Logan and his ex-girlfriend Chilly Jimenez, Lance’s channel moved to become the new vlog channel for “SuperMarioLogan” in March 2020. Moving ahead, Lance is estimated to have a net worth of $54,000 USD as of September 2020.

On December 11, 2007, Logan and Lance, like many other YouTube video providers, were significantly harmed by the site’s age-restriction policy. Following that, all of their videos were made age-restricted. According to many of their supporters, this happened because YouTube incorrectly determined that they were involved in the Elsagate scandal.In their mature-themed films, the brothers employ soft toys and kid-appeal characters, although never attempting to entice youngsters with clickbait titles and false tags.

It all began when a mother told The Sun in the United Kingdom that she had prevented her son from hanging himself. Her kid allegedly informed her after being questioned about the suicide attempt that he was inspired by an episode of ‘SML Shorts’ called ‘Jeffy’s Tantrum.’Several YouTubers expressed their support for Lance and Logan at this time. However, they were chastised by a lot of others. They’ve been using ‘SuperLuigiLogan’ because their main channel, ‘SuperMarioLogan,’ was entirely demonetized.

Lance Thirtyacre is presently dating Audrey Ann máille, who works as a nurse. The couple began dating in June 2017 after meeting when they were both studying nursing. Lance, according to Logan, is still living at his old apartment. Lance is also a die-hard supporter of the National Football League’s Atlanta Falcons (NFL).

Lance is a tall man, standing 6 feet 2 inches tall. Other than that, there is no information on his weight, chest-waist-hip measurements, biceps, dress size, shoe size, or other bodily measurements. Lance has blonde hair and blue eyes as well.

Lance Thirtyacre uses the Instagram handle @lancethirtyacre for his social media activities. As of September 2020, this account has 675 shares and over 238k followers. On July 8, 2016, he launched his self-titled Youtube channel “Lance Thirtyacre.” This channel has over 146.5 million views and 1.2 million subscribers at the moment.