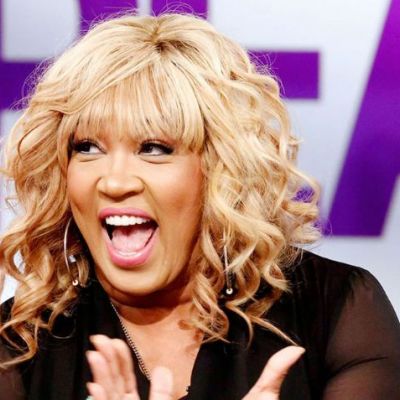 Kym Whitley is a comedian and actress from the United States. She is best known for her roles in television.

Kym Whitley was born on June 7, 1961, in Shaker Heights, Ohio, to architects Kaysonia Whitley (1936-2011) and William Whitley. She has two younger brothers.

Kym attended Shaker Heights High School and graduated from Frisk University in Nashville, Tennessee in 1979. She is a Delta Sigma Theta Sorority member of the Alpha Beta chapter.

Kym Whitley adopted a son named Joshua Kaleb in 2011. Kym created the ‘Don’t Feed Me’ T-Shirt for infants. Because her son suffers from allergies, she created the product to protect him and other children from allergic reactions.

In the late 1990s, she began adding film roles to her resume, appearing in films such as ‘Next Friday,’ ‘Deliver Us From Eva,’ ‘Fun with Dick and Jane,’ and ‘Transformers: Dark Side of the Moon.’

Kym Whitley was nominated for a BET Comedy Award for Outstanding Supporting Actress in the 2003 film ‘Deliver Us From Eva,’ directed by Gary Hardwick. With 1.2 million viewers, Kym’s docu-series ‘Raising Whitley’ on the Oprah Winfrey Network (OWN) was the fifth-largest premiere in the network’s history.

Kym Whitley’s Salary and Net Worth

Her net worth is $4 million as of June 2022. Kym Whitley’s net worth has grown as she has worked in the show business industry since 1992.

Kym is in high demand for various roles, as evidenced by her frequent appearances, and television is the primary source of her net worth. Nonetheless, cinema contributes to Kym Whitley’s net worth. She has appeared in over 30 feature films, contributing significantly to Kym Whitley’s overall net worth.