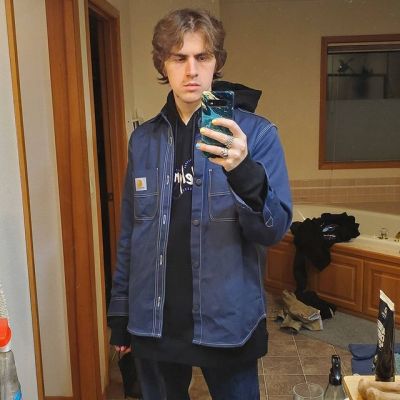 KryozGaming is a YouTube gamer from the United States who goes by the name “Kryoz.” KryozGaming is well-known for his Counter-Strike: Global Offensive and World of Warcraft gameplay videos. His most famous videos feature him playing Strat Roulette and then Fortnite. In addition, Kryoz is a Twitch streamer.

John Keyes is the real name behind KryozGaming. John was born in Raytown, Missouri, on July 25, 1993. He is 27 years old and was born under the Leo zodiac sign. He is a citizen of the United States of America. In addition, he later relocated to Texas.

At this time, neither the name nor any details about John Keyes’ parents is available. Likewise, no details about his siblings or other family members is available at this time. John is a private person who prefers to keep his personal and family life private. As a result, he hardly mentions them on social media.

When it comes to video games, John has been a lifelong fan since he was a boy. At the age of six or seven, he played his first game, which was supervised by his father. The game was called “Counter-Strike.” He was also competing against one of his father’s friends in the game. Similarly, John developed an addiction to the game almost immediately, to the point that he began getting up early before school to play a game or two.

John Keyes started his YouTube channel to pass the time when he was bored, and he figured that making videos would be a good way to do so. He also gave his channel the name “Frost Mage” after being inspired by games like “World of Warcraft.” These were his favorite games at the time. Similarly, the word “Cryo” means “freezing,” and he thought it was a good fit for his channel. He did, however, make a minor change to the spelling. He also changed the name of his channel from “KryozGaming” to just “Kryoz” later.

Despite the fact that he started the channel in 2011, it wasn’t until 2014 that he began to receive a steady stream of subscribers. John was mostly promoting “World of Warcraft” videos and some speed art videos at the time. Then, in mid-2015, he began uploading games like “CS: GO,” “GTA V,” “Poly Bridge,” and “Skribbl.io” to his YouTube channel. Among these, “CS: GO” is the most frequently played game on his channel.

Furthermore, between May and September 2015, his hard work paid off as he added over 20K new subscribers to his YouTube channel. His Youtube videos on games like “Strat Roulette” and “Fortnite” quickly became his most successful. Similarly, on May 7, 2018, John Keyes posted a “Fortnite” video titled “I got roasted by a 10-year-old –Fortnite,” which received millions of views.

Then, on January 8, 2019, he released “The BEST OF KRYOZ 2018!!,” a collection of his best videos from 2018. Perhaps the most famous and entertaining video of all time!” With 4.7 million views to date, this video is by far one of the most popular on his YouTube channel. Drawing a lot of very meaningless stuff before drawing the actual word – Skribbl.io, Uh oh…, Hole in Ones Just otherwise you’re exiled from the Kingdom! – are some of the other famous videos on his Youtube page. Golf It, and none of these pitiful tanks will defeat me in a one-on-one fight! – Shellshock is a term used to describe a condition in which a To date, all of these videos have received over 2 million views.

In addition, Kryoz launched a new Youtube channel called “MoreKryoz.” He started this channel on June 27, 2020, and it currently has 144,917 subscribers. Similarly, his first video on this channel is titled Trying to maintain social space, but everybody keeps charging at me! This video was first posted on July 6, 2020, and it has received 14K views to date.

Furthermore, this channel’s most famous video is I think it’s about time I finally beat Minecraft… I’m through being a fake gamer… There have been 48K views so far. John, on the other hand, has only released six videos on his Youtube channel so far. He is, however, involved and posts videos on this channel on a regular basis. He’s also worked on videos with Garrett Sutton and SMii7Y, two other YouTubers.

Kryoz also enjoys vaping and is a huge fan of rap music, with his favorite artists being Vince Staples and Kanye Denzel. He’s also worked with other YouTubers such as “Mini Ladd,” “Garrett Sutton,” and “BigJigglyPanda” and had a good time with them.

Kryoz is most likely single right now. Rather than being in a romantic relationship, he is more focused on his career and YouTube. If he has kept his relationship a secret because he does not want the public to know about it. Kryoz’s sexuality, on the other hand, is a source of contention among his fans. It also emerges as a result of his comments in his Q&A videos about being “gay.” But whether he is gay or merely kidding with his fans remains a mystery that he has never addressed seriously.

Kryoz stands 5 feet 8 inches tall and weighs 65 kilograms. His other body dimensions, such as chest size, waist size, and hip size, are currently unavailable. As a result, all of his measurements are still being checked. He has light brown hair and green eyes as well.

His approximate net worth is $725K, based on his earnings and profits. Youtube is his primary source of revenue. Similarly, he has posted 2,167 videos totaling over 363 million views. Furthermore, his audience has been gradually increasing month after month.