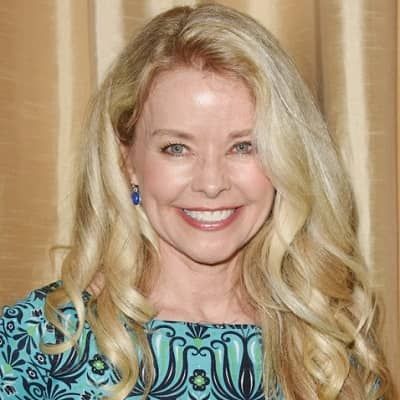 Kristina Wagner is a well-known American actress and television personality, best known for her role at ABC’s General Hospital. Kristina Wagner also had a brief appearance in the late 1980s ABC sitcom Hotel.

Who is Kristina Wagner? Kristina Wagner was born on October 30, 1962, in Indianapolis, Indiana, USA. She was born under the sign of Scorpio and will be 59 years old in 2021. Kristina Kay Crump is her true birth name, and she is also known as Kristina Malandro. She has not, however, exposed her parents’ identities or professions to the public.

She does, however, have two brothers, Joe Crump and Dan Crump. Furthermore, she has not revealed her ethnic heritage, although she was born in the United States and adheres to the Christian faith. Aside from that, she hasn’t divulged anything more about her childhood, her parents’ identities, or her early childhood days.

Kristina Wagner attended and graduated from Northwest Middle School. After that, she became interested in performing and enrolled as a theater major at Indiana University–Purdue University Indianapolis (IUPUI). Following her divorce, she enrolled at California State University, where she studied in history.

What is Kristina Wagner’s Height? Kristina Wagner is 5 feet 6 inches tall and has blue eyes and blonde hair. Aside from that, there is no information available on Kristina’s body weight or other physical measurements.

Kristina Wagner began appearing in television ads while still a student at IUPUI. On September 7, 1984, she received her first acting job as Felicia Cummings on the ABC series General Hospital at the age of 22. She then moved to Los Angeles to work for the long-running ABC soap General Hospital. She was a member of the 1980s super couple Frisco and Felicia, whose on-screen chemistry was obvious.

Furthermore, she was a cast member until her contract with the show’s creators expired in 2003. She returned to the series in 2004 when the show’s makers gave her a contract. She requested that ABC restore her contract for a significant plot featuring her character in May 2005. However, ABC denied her request, and she left the program owing to creative differences.

Sandra Ferguson, a former Another World actress, took her spot on the show General Hospital. After her leave in 2005, she returned to the program for a month-long stay in late 2007, and her character was gone from the show. Later, ABC confirmed that she will be returning to the show to repeat her part, which first aired on April 27, 2012.

Following that, she collaborated with her brother Jacob as a producer and director on the documentary “Children of Internment,” which was published in 2013. Her work was also named Best Documentary at the Santa Fe Film Festival. Following that, she co-starred with her ex-husband Jack Wagner in the Hallmark Channel’s “When Calls the Heart” as Nora Avery. In 2019, she also celebrated her 35-year career at General Hospital.

How much is Kristina Wagner’s Income? Kristina Wagner directed and produced “When Calls the Heart,” a documentary that won Best Documentary at the Santa Fe Film Festival. Aside from that, she has yet to get any further honors for her work as an actor or for her television appearances. Furthermore, we may expect her to win some of them as a result of her hard work as an actor.

Kristina Wagner has made a lot of money as an actress and via her appearances on television shows. According to internet sources, the actress’s net worth is believed to be $8 million US dollars as a result of her work in television shows.

Who is Kristina Wagner’s Boyfriend? From 1981 until 1985, Kristina Wagner was married to her first husband, Randy Malandro. After that, she met and married American singer and actor Jack Wagner in 1993. However, after two years of marriage, the pair stated that they were working through their issues. Later, in 2005, the couple filed for divorce, and they were formally divorced in 2006. Furthermore, the couple has two boys from their marriage, Peter Wagner and Harrison Wagner. According to internet sources, she is currently single and unmarried.

When it comes to Kristina Wagner’s rumors and controversies, she hasn’t been a part of them until now. Aside from that, she is focused on her personal and professional life, avoiding the allegations and scandals that are stifling her acting career.