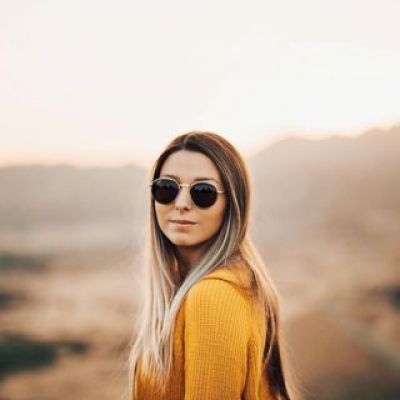 Kristen McGowen is a Canadian fashion designer, creator, and lifestyle inspiration for all young ladies who wish to live a beautiful life. Kristen McGowen is best known for being the girlfriend of Christian Delgrosso, a renowned Vine personality. She is also well-known for her self-titled YouTube channel.

Who is Kristen McGowen? Kristen McGowen was born on the 30th of May, 1994, in Canada. She is 26 years old and was born under the sign of Gemini. Rachell is her sister’s name. She’s also shared pictures of her nephews Thomas and Robert. There isn’t any more information about her family history. She also earned her bachelor’s degree in interior design.

What is Kristen McGowen’s Height? Kristen is a stunning woman with a captivating personality. She is a driven, upbeat, and inventive young lady. She stands 5 feet 3 inches tall and weighs roughly 57 kilograms. Kristen is a slim woman with a slim figure. In addition, she has blonde hair and brown eyes. There are no other specifics about her physical measurements available.

Kristen is most known for her Instagram account @kristenmcgowan and her YouTube channel of the same name. In July of 2012, she made her first Instagram post. She was also well-known on Vine, where she had over 10,000 followers when the app was shut down. Kristen shared a photo from Malibu Wine Safaris in 2017 with Cierra Ramirez and Alexa Losey. She also creates some of the most entertaining TikTok videos.

Through her YouTube channel, she is ready to share all of her interior design, home decor, DIY, and lifestyle ideas and techniques with the rest of the globe. Kristen wants nothing more than to commit a small section of the internet to share her true love of design, aesthetics, cooking, and life. Kristen started her own YouTube channel on November 20, 2016.

Furthermore, Kristen and her boyfriend, Christian Delgrosso, have a joint YouTube channel called ‘Chris And Kris.’ This channel was founded on March 7, 2017, and currently has over 360K subscribers. They make amusing videos together, and their videos show how fantastic they are as a couple.

‘SURPRISING MY GIRLFRIEND WITH HER DREAM CAR FOR HER BIRTHDAY! **VERY EMOTIONAL**’, ‘EXTREME Floor Is Lava Challenge! (IMPOSSIBLE)’, ‘CRAZY STICKY NOTE PRANK ON GIRLFRIEND! *PRANK WARS*’, ‘COUPLES TRY NOT TO LAUGH CHALLENGE! (WITH WATER)’, and ‘She Surprised Me

Kristen McGowen’s Income And Net Worth

How much is Kristen McGowen’s Income? In terms of wages and net worth, she could make a lot of money from her job. Her social media activities and Interior Designing career could help her make a decent living. As a result, as of May 2020, her net worth is expected to be at $99K dollars. She has amassed a substantial fortune as an Internet personality.

Who is Kristen McGowen’s Boyfriend? In terms of her personal life, she is married to Christian DelGrosso, a social media celebrity. They began dating when they were in high school when they were both 16 years old. And those high school sweethearts made it this far because of their love and strong friendship.

Kristen frequently uploads images of them together and never misses an opportunity to express her gratitude for his presence in her life. She has stated that Christan has always been the sweetest, nicest, and most loving person in her life up to this point. Kristen considers herself extremely fortunate that they met at such an early age.

She also expresses gratitude for having met him when life was simpler and carefree, as it allowed them to grow and enjoy the best time together. As a result, she claimed that spending time with Christen has been the most incredible experience of her life. The high school sweethearts, on the other hand, have made it this far and still have the same young, new love for one other. They are currently living a happy life.

“Without being married, we’ve surpassed the bulk of marriages lmao!” When we celebrate our 25th wedding anniversary, we’ll look at each other and say, “Well, it’s actually been 35 years because we dated for ten years before getting married.”

However, due to the global COVID-19 pandemic, the two will be celebrating their 10th anniversary separately. In the same article, Christan stated that he would do anything to be with her right now, but that he is unable to do so. This suggests that the devoted couple will spend their time apart. Both of them stated in their individual accounts on Valentine’s Day 2020 that they are each other’s eternal Valentines.

Kristen, on the other hand, has never been the subject of gossip or controversy until recently. She was always aware of them and did not allow them to negatively impact her personal or professional life. She has a good and tidy profile.

When it comes to her social media presence, she is active on a variety of platforms and has a sizable following. Her Instagram account, @kristenmcgowan, has over 196K followers. She’s also on Twitter, where she has over 15.6K followers.

Kristen, meanwhile, has over 69.4K followers and 413.2K likes on her TikTok account. Her YouTube channel, which she created herself, has over 524K subscribers. Chris and Kris, the couple’s channel, has over 360K subscribers. You may also reach her via her Gmail account, [email protected], for business inquiries.