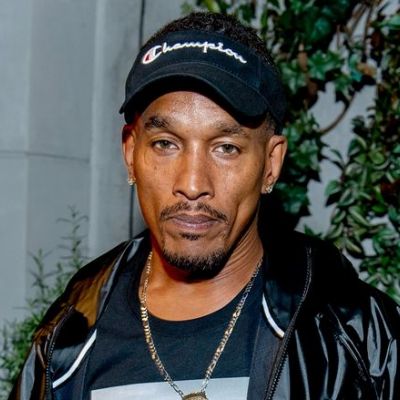 Korey Wise is a New York City-based criminal justice activist and internet personality. He received both the harshest and most severe penalties.

Korey was found not guilty of the charges in December 1990. However, he was convicted of sexual abuse, assault, and insurrection and sentenced to 5-15 years in prison. Salaam, Santana, Antron, and Richardson, the four younger boys, served their time in juvenile prisons before being transferred to adult jails at the age of 21. However, Matias Reyes, a convicted murderer and serial rapist serving a life sentence in jail, confessed to raping Trisha Meili in 2002. Matias’ DNA also matched the jogger’s rape kit.

Finally, all of the wrongfully convicted youths were released at that time. Later, in 2003, they filed a lawsuit against New York City for malicious prosecution, racial discrimination, and emotional anguish, and the city settled the case for $41 million USD in damages from New York State in the New York Court of Claims in 2014.

The crime occurred on the night of April 19, 1989, in Manhattan’s Central Park’s North Woods, New York City. It involves the rape and assault of white female jogger Trisha Meili. Trisha, a 28-year-old investment banker, was in a coma for 12 days after the attack. Following this, the police named Raymond Santana, Antron McCray, Kevin Richardson, Yusef Salaam, and Korey as suspects in the 1990 crime. Juveniles were also subjected to lengthy interview sessions.

McCray, Kevin, and Santana all made their remarks in front of their parents or guardians. Korey, according to reports, made several remarks of his own. Apart from him, the other four admitted to a number of the attacks that occurred in the park that night. They were then charged with rape, sexual abuse, assault, robbery, riot, and attempted murder. They were also prosecuted in connection with additional attacks in the park, which they said were forced and fake admissions.

In 2019, the incident was dramatized and published on Netflix as a four-episode miniseries titled “When They See Us.” For his depiction of Korey Wise, actor Jharrel Jerome won the 2019 Emmy Award for Lead Actor in a Limited Series/Movie.

Korey bought a condo facing Central Park in July 2019. He is the only one of the five who elected to remain in New York City following their release.

Wise had turned 30 years old by the time he was set free. He missed out on numerous things while in prison, including his elder sister Marci’s burial. Marci was a transgender lady who was born under the name Norman. Delores, the wise matriarch, expelled Marci because of her “lifestyle.” Wise has a younger sister, Vanity Wise, in addition to Marci. A vanity is also a transsexual person.

Korey has lost more loved ones as a result of serving a term for a crime he did not commit. Lisa, his boyhood sweetheart, too died before Wise’s conviction was overturned. Furthermore, the two never reconnected following his arrest, and the story is devastating. When Wise mentions his late girlfriend, Lisa, he always ends with “Rest In Peace.”

Korey Wise’s Salary and Net Worth

Wise, Korey In 2014, Net Worth Wise won a $14 million lawsuit against the City of New York. The four remaining guilty received millions of dollars for each year they spent in prison. Korey Wise has a net worth of $10 million as of September 2022.