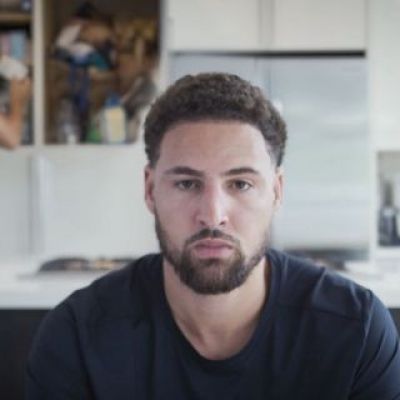 Klay Thompson is a well-known NBA player who plays for the Golden State Warriors. Klay Thompson has been playing basketball since he was a child and has won several awards throughout his career.

His father, Mychal, was also the first overall pick in the NBA draft in 1978. Furthermore, his brothers are also athletes. Mychel played for the “Cleveland Cavaliers” in the NBA, while Trayce is a Major League Baseball player for the “Cleveland Indians” (MLB). Klay and his family moved to Lake Oswego, Oregon when he was two years old. Klay and fellow NBA star Kevin Love were childhood friends and “Little League” teammates there. Klay, too, moved to Ladera Ranch, California, with his family when he was 14 years old. Klay earned his high school diploma from Santa Margarita Catholic High School in Rancho Santa Margarita in 2008.

Klay was named to the All-Area second team as well as the Orange County third team during his junior season. Klay then scored 21 points per game as a sophomore, leading SMCHS to a 30–5 record. He also participated in the Division III State Championship. During the state championship, Klay set a state finals record with seven 3-pointers in a game. Additionally, the basketballer was named Division III State Player of the Year, League MVP, first-team Best in the West, and EA Sports Second Team All American.

Klay Thompson is a basketball player in the NBA. The player is a member of the National Basketball Association’s “Golden State Warriors” (NBA). Klay is widely considered to be one of the best shooters in NBA history. Similarly, the basketballer is a three-time NBA champion with the Golden State Warriors, as well as a five-time NBA All-Star and two-time All-NBA Third Team selection. Klay has been selected to the NBA All-Defensive Second Team as well.

Klay also played three seasons of college basketball. It was for the “Washington State Cougars” squad. Klay was a two-time Pac-10 first-team all-conference selection with the team (now Pac-12). Similarly, “Golden State” drafted the player with the 11th overall selection in the first round of the 2011 NBA draft. Then, in 2014, the player and his teammate Stephen Curry broke an NBA record. It was a season with a total of 484 three-pointers. The pair gained the nickname “the Splash Brothers” as a result of this. Klay Thompson helped the Warriors win their first NBA Championship since 1975 a year later, in 2015. Klay also played a vital role in the Warriors’ victories in 2017 and 2018.

In-Game 6 of the 2019 NBA Finals, the basketballer sadly suffered an anterior cruciate ligament (ACL) injury. Klay was forced to sit out the entire 2019–20 season as a result of this. Klay Thompson has set several records over the course of his career. Klay holds the NBA record for most points scored in a quarter during the regular season. In addition, the basketballer holds the record for making the most three-pointers in a single playoff game. Klay also holds the NBA playoff record for making the most three-pointers in a season. Klay was also named to the NBA All-Star team three times (2015–2017) and was a member of the All-NBA Third Team in 2015 and 2016.

Klay Thompson gave $1,000 for every point he scored in home games against the “Detroit Pistons,” “Toronto Raptors,” and “Washington Wizards” in 2017. This was part of his fundraising efforts for the Northern California firestorm relief. Klay Thompson was able to raise that to $5,223 per point with the help of additional sponsors and fan matching. By scoring 69 points in three games, he was able to collect $360,374 in total.

Klay and his father became the fourth father-son couple to win an NBA championship as players after winning the 2015 NBA championship. Matt Guokas Sr. and Matt Guokas Jr., Rick & Brent Barry, and Bill & Luke Walton are among the other father-son teams. Klay Thompson was a member of the “United States National Team” as well. They won gold medals in both the 2014 FIBA Basketball World Cup and the 2016 Olympic Games in Rio de Janeiro. Prior to this, the basketballer was a part of the 2009 FIBA Under-19 World Championship-winning “Under-19 National Team.”

Klay Thompson made history on December 5, 2016. It was by scoring 60 points in less than 30 minutes for the first time in NBA history. Klay scored 60 points in 29 minutes against the “Indiana Pacers.” His team won 142-106 as a result of this. Klay was inducted into the Warriors Hall of Fame for his excellent performance. Wilt Chamberlain, Rick Barry, and Joe Fulks are among the other players on the list. Klay then agreed to sign a five-year deal with the Warriors on July 1, 2019.

Who is Klay Thompson’s Girlfriend? When Klay Thompson was suspended for his final regular-season game at WSU, he sparked controversy. This came after he was charged with marijuana possession as a misdemeanor. The basketballer is well-known for his dry, offbeat sense of humor. In addition, the player is an accomplished chess player. Klay has also worked with Magnus Carlsen, the current world chess champion. Klay Thompson was romantically involved with Laura Harrier when it came to his intimate affairs. She is an actress from the United States, and the two were together from 2018 to early 2020.