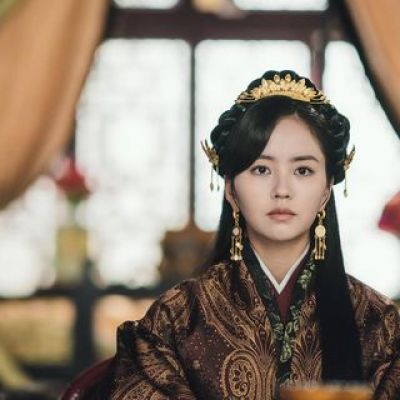 Kim So Hyun is well known as a talented and well-known South Korean actress. Kim So Hyun, was born on June 4, 1999.

Kim So Hyun is a well-known young actress in South Korea. In the year 2006, she began her career in the entertainment industry as a child actress. The young actress first gained popularity for her roles in Moon Embracing the Sun and Missing You.

The young actress co-starred in Who Are You: School 2015 with Nam Joo-hyuk and Yook Sung Jae in her first lead role. So Hyun also contributed to the musical Page Turner. The young actress has also appeared in Radio Romance, Hey Ghost, Let’s Fight, Love Alarm, The Tale of Nokdu, and River Were the Moon Rises.

Furthermore, So Hyun was an MC for MBC’s Music Core, a music program. She was also a regular host for Under Nineteen, a 2019 survival reality show. Her nicknames in the Korean media include “Nation’s Little Sister,” “Queen of Child Actresses,” and “Goddess of Historical Drama,” among others.

She got these nicknames because the young actress has already worked as an actress since she was a child until now. Furthermore, Kim So Hyun has established herself as a top Hallyu star at such a young age. She has also been dubbed the “next “Nation’s First Love.”

Similarly, Kim So Hyun promotes her TV projects on her official Instagram account on a regular basis. So Hyun received the award “2018 Most Grown Instagram Account” for gaining over 7.1 million followers in 2018. Furthermore, at the age of 21, Kim So Hyun became the youngest South Korean actress to amass over 10 million followers. Lee Min-ho, a Hallyu star, is another actor who has achieved similar success.

Kim So Hyun cites South Korean actress Son Ye-jin and American actress Rachel McAdams as major influences when asked about her influences. She admires these two actresses for their sophisticated and graceful appearances. Furthermore, the young actress mentions actress Moon Geun-young. After seeing Moon’s performance in Painter of the Wind, the young actress was inspired to take on different roles.

Furthermore, Kim So Hyun was dubbed “3 Troika” (3 ), along with actresses Kim Yoo Jung and Kim Sae Ron. The three young actresses were given this moniker because of their outstanding performances since they were children. They are all veteran actors with a combined acting experience of over ten years. Prior to these three, Kim Tae-hee, Song Hye Kyo, and Jun Ji Hyun were given this moniker in the early 2000s.

Who is Kim So Hyun’s Boyfriend? Kim So Hyun is currently single. The young actress hasn’t made any public statements or posted anything on social media about the situation. Furthermore, the young actress’s busy schedule prevents her from meeting her ideal lover or going on dates. Nonetheless, when the time comes, Kim So Hyun’s charm, talent, and beauty are sure to capture the attention of many young lovers.

Kim So Hyun’s Income And Net Worth

How much is Kim So Hyun’s Income? Moving on, So Hyun is one of South Korea’s highest-paid young actors, with a net worth of $17 million US dollars as of January 2023.

Concerning her social media presence, Kim So Hyun joined Twitter in April 2013 and currently has over 475K followers on her @hellokimsohyun account. Similarly, as of April 2021, she has over 11.1 million followers on her @wow kimsohyun Instagram account.