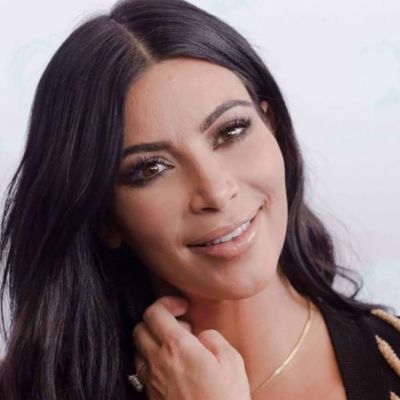 Kim Kardashian, the “famous for being famous” television personality, is better known for her sizzling and curvaceous body. Kim rose to fame with her television reality show, “Keeping Up with the Kardashians,” in which she provided Kardashian family insights. Kim, known as the “Queen of Selfies,” has made a fortune from her various ventures.

Kim’s father passed away from cancer in 2003. It’s worth noting that Kim worked as the stylist for famous celebrity Paris Hilton.

Kim Kardashian was a close friend and stylist to Paris Hilton, and she rose to media fame after appearing on a few episodes of “The Simple Life,” a reality television show based on Paris Hilton. Kim and her two sisters opened their boutique shop D-A S H in California in 2006.

Kim and her entire family have appeared on the family reality show “Keeping up with the Kardashians” since 2007. The show aided the Kardashian siblings in making their mark in show business. Kim was offered to pose naked for Playboy magazine the same year.

Kim had a lot of different ventures in 2008. She first appeared as Lisa in the Disaster Movie. She competed in the seventh season of “Dancing with the Stars,” but was eliminated early. She appeared in several television shows, including “How I Met Your Mother” and “Beyond the Break.”

Kim has been embroiled in several controversies, which has only increased her popularity. She has appeared on numerous magazine covers. Kim has appeared in a few movies, a family reality show, and music videos in addition to managing her fragrance and beauty line with her sisters.

Kim Kardashian: Hollywood, her mobile game, was a smashing success in 2014. Kim debuted her own KKW Beauty and KKW Fragrance lines in 2017.

Kim’s personal life has always been in the spotlight. Kim had two previous marriages before marrying Kanye West. Kim ran away with Damon Thomas, a music producer when she was only 19 years old. But their marriage hit a snag, and they divorced in 2003. She was linked to Ray J, a singer, after her divorce.

Kim then began dating NBA player Kris Humphries in 2010, became engaged in 2011, and married the following year. However, the wedding did not last long and is one of the famous celebrity marriages that lasted only a short time. Kim filed for divorce after 72 days. The marriage and divorce sparked controversy, with some claiming that the entire drama was staged to profit from promotions of their family brand.

Kim began dating her old friend and rapper Kanye West in 2012, and they married in Italy in 2014. Their relationship has received extensive media coverage, and they are always proud of their celebrity.

Kim is deeply religious and adheres to Christianity. Kim and Kanye have four children together, but Kim has had previous pregnancy-related issues.

Kim Kardashian’s Salary and Net Worth

Kim has a net worth of $400 million as of June 2022. Her earnings are primarily derived from her work as a reality TV star, actress, entrepreneur, and social media personality.

By the end of 2018, Kim’s KKW beauty line had generated more than $100 million in revenue. Keeping Up with the Kardashians earned her an estimated $38 million. Her game reportedly earned $1.5 million in the first week of release and $160 million as of the date of publication, with her receiving 28 percent of the revenue. Kim has earned $7,20,000 for each Instagram post since 2018.