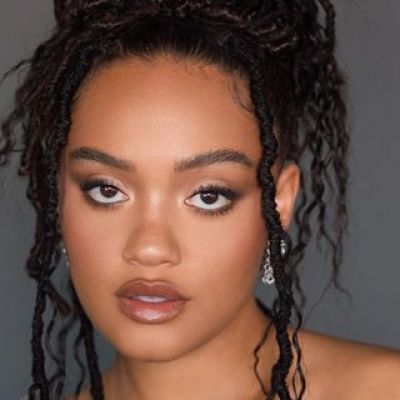 Kiersey Clemons is an actress and singer from the United States who has been involved in the entertainment industry since 2010.

Who is Kiersey Clemons? Kiersey’s bio Nicole Clemons was born in the United States on December 17, 1993, in Pensacola, Florida. She was born and raised in the city of Redondo Beach, California. She is 26 years old and belongs to the Sagittarius zodiac sign. Kiersey Clemons is of American descent, and her race is Black. She is of African-American and Euro-American ancestry.

Kiersey Clemons made her film debut as Abby in 2013’s “Prom.” In 2016, she appeared in the comedy film “Dope,” which catapulted her into the spotlight. In the two years that followed, she played Beth in ‘Neighbors 2: Sorority Rising,’ Mimi Pastori in ‘The Only Living Boy in New York,’ and Sophia Manning in ‘Flatliners.’

She has acted in and produced three films in 2018, including ‘Little Bitches,’ ‘Hearts Beat Loud,’ and ‘An L.A. Minute.’ Similarly, she played Jenn in ‘Sweetheart’ in 2019 and Darling in ‘Lady and the Tramp.’ In 2020, she will voice Dee Dee Skyes in the computer-animated comedy-mystery film “Scoob!” In the same year, she played Julia in the horror film “Antebellum” and a short film called “The Ball Method.”

Kiersey Clemons made her television acting debut as Danielle in two episodes of the 2010 sitcom “Shake It Up.” The following year, she appeared in one episode each of two other series: ‘Bucket & Skinner’s Epic Adventures and ‘Good Luck Charlie.’ In 2013, she played Gwen in CSI: Crime Scene Investigation and Kira Starr in eight episodes of Austin & Ally.

In 2014, she was cast as Skype Sailor in the Disney Channel Original Movie “Cloud 9.” In the same year, she played Oli in ‘What’s Next for Sarah?’ and Bianca in nine episodes of ‘Transparent.’ In 2015, she appeared in four separate series: two episodes of ‘New Girl,’ eight episodes of ‘Eye Candy,’ eleven episodes of ‘Extant,’ and one episode of ‘Comedy Bang! Bang!’ as a waitress.

She also starred in the films “Simple” and “Michael Jackson’s Halloween” in 2016 and 2017, respectively. In 2018, she appeared in ten episodes of ‘Angie Tribeca,’ as well as an episode of ‘BoJack Horseman,’ in which he voiced Jameson H.

Kiersey Clemons has starred in three music videos to date, the first of which was in 2014 with Trey Songz and was titled “SmartPhones.” Her third music video was with DJ Snake ft. Lady Gaga and her second music video were with Lady Gaga. ‘Til It Happens to You and ‘Middle’ are the names of the songs by Bipolar Sunshine.

In 2016, Clemons received a Black Reel Award for her role in the film “Dope.” For her role in “Sweetheart,” she received the Hamptons International Film Festival in 2017 and the Fantastic Fest Award in 2019.

Kiersey Clemons’s Income And Net Worth