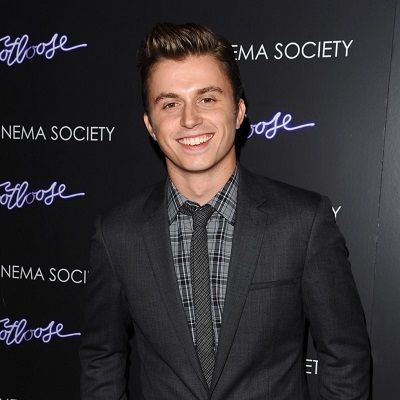 Kenny Wormald is a comedian, dancer, and reality television personality from the United States. Kenny Wormald has appeared on Dancelife and featured in the 2004 film “You Got Served.”

Kenneth Edgar Wormald is his full name. He was born in Boston, Massachusetts, on July 27, 1984. His astrological sign is Leo, and he is 36 years old. Melanie Wormald (mother) and Edgar K. Wormald (father) are his parents (father). Lee and Dylan are his two brothers. He also attended Stoughton High School and graduated in 2002. He later moved to Los Angeles after graduating from high school.

Kenny started taking dance lessons when he was six years old. In 2004, he starred as a dancer in the film “You Got Served.” He was cast as the male lead in the Oxygen cable network Made-For-TV film Center “Stage: Turn It Up” in April 2008. As a result, the film, which is a sequel to Center Stage, was released in November of the same year.

Wormald was also cast as the lead in the proposed remake of the 1984 dance drama film “Footloose” by Paramount Pictures in June 2010. Julianne Hough and Dennis Quaid were confirmed to star in the film, which was shot in September of that year on a $24 million budget.

And on October 14, 2011, the film ‘Footloose’ was released to generally favorable reviews from critics, with mixed reviews for Wormald’s performance. Kenny appeared in the mock reality web series ‘Massholes’ in 2012. In 2013, he played the lead role of Topher in the film “Kid Cannabis.” Kenny also appeared in the film “Cavemen” as Pete. Wormald played Gordan in the 2014 film “The Living.”

He also appeared in the film “By The Gun” as Vito Tortano. In addition, he portrayed Ray in the film “Lap Dance.” On February 3, 2015, Kenny starred in the short film “Instagram: A Caption Story,” which was released on YouTube. In the same year, he starred in the indie film “Love & Mercy” as Dennis Wilson.

He also appeared in the horror film “The Girl in the Photographs” as Chris. Wormald directed and starred in the music video for Mike Stud’s song After Hours. In ‘Center Stage: On Pointe,’ Wormald reprises his role as ‘Tommy Anderson,’ which premiered on ‘Lifetime’ on June 25, 2016. In ‘Fear the Walking Dead,’ he played Derek as a guest star.

In addition, he co-starred with Cassie Ventura in the direct-to-video dance film “Honey 3: Dare to Dance.” Wormald starred as Junior Burnside in the independent horror film “Happy Hunting” in 2017. In the indie drama film ‘High Low Forty,’ he also played the part of Travis.

Dance as a profession

In addition, he earned a gold medal for a tap dance routine he performed at the World Dance Championships in Riesa, Germany in 2002. Madonna, Mariah Carey, Chris Brown, Christina Aguilera, Nelly Furtado, BoA, and JoJo have all seen him in their music videos. Wormald has toured with Justin Timberlake and The Pussycat Dolls as a back-up performer.

In December 2006, he was also revealed as a cast member of Jennifer Lopez’s MTV dance-oriented reality television series “Dancelife.” Blake McGrath, the choreographer from So You Think You Can Dance Canada, was featured prominently in the series. Furthermore, due to poor ratings, the show was not renewed for a second season.

Kenny has choreographed for international tours, stage shows, and music videos. His most recent collaboration is with Leighton Meester, who stars in the CW’s hit show “Gossip Girl,” as she embarks on a music career. The Pussycat Dolls Doll Domination Tour, as well as Korean artists Boa and TVXQ, are among his other choreography credits.

For three years, he was in a relationship with Pussycat Dolls”Ashley Roberts.’ Kenny is reportedly dating a woman named ‘Lauren Bennett,’ who often appears on his Instagram account. Lauren is a model and singer from the United Kingdom. Harlow Bennett Wormald, the couple’s baby daughter, was born on September 6, 2019. The small family is having a great time and living a happy life.

Kenny has a well-defined body type. He stands 5 feet 10 inches tall and weighs about 72 kilograms. He has light brown hair and dark brown skin. Kenny has light skin and a dashing appearance. There are also no other information about his body measurements. Dancing, on the other hand, is the perfect form of exercise for him to remain balanced at all times!

On social media, he is well-known. His Instagram account, @kennywormald, has over 325K followers. He also has a YouTube channel of the same name, which has over 21.6K subscribers. He has a Twitter following of over 73.7K people.

Kenny is a well-known choreographer, dancer, actress, and producer. He has undoubtedly amassed a sizable fortune over the course of his career. As a result, his net worth is estimated to be around $6 million.