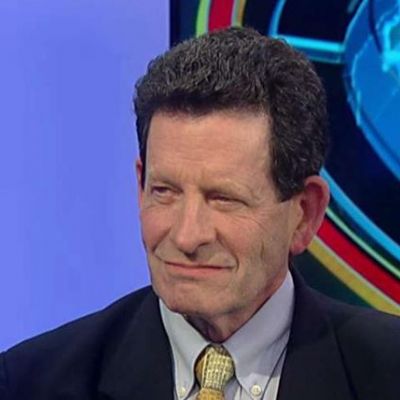 Ken Fisher is well-known as an American investor and businessman renowned for his expertise in financial analysis.

The renowned financial investor was born in San Francisco, California, on November 29, 1950. He is the son of Philip A. Fisher and Dorothy (née Whyte). Similar investments, particularly stock investments, were made by his father. He is the family’s last child and has two other older siblings. San Mateo, California, was home to his family.

Fisher studied at Humboldt State University and earned an economics degree there in 1972. Although he initially enrolled in the university to study forestry, he ultimately chose to study economics.

Fisher started his investment company, Fisher Investments, in 1979 with just $250. Today, his company manages investments totaling over $100 billion. His company is a well-known independent financial investment on a global scale. He was the company’s CEO from the beginning until 2016, when Damian Ornani, a longtime employee, took over. In addition, he continues to serve as Chairman and Co-Chief Investment Officer of the business.

In 2007, Fisher expanded his company into Germany after forming Gruner Fisher Investments with Thomas Gruner. He worked for Forbes Magazine as a portfolio strategy columnist in addition to his investment firm. In America, Fisher is well known for contributing to several financial magazines. Super Stocks, The Wall Street Waltz, and The Only Three Questions That Count are just a few books the financial investor has written.

Fisher is not only one of the wealthiest men, but he also has a big heart for helping the community. He and his wife gave John Hopkins University a one-time gift of about $7.5 million to create a new disease center. Additionally, he contributed money to the Kenneth L. Fisher Chair, which supports the study of redwood ecology. Fisher is the chairman of his company in addition to being a board advisor at Ashford University’s Forbes Business School.

He has been honored for his contributions to the financial industry. The awards he has won show that his efforts in his field of business have not gone unnoticed. For instance, he received a distinguished alumni award from Humboldt State University. He was ranked as the 25th most influential person by the Investment Advisor, a renowned financial publication.

He won the Bernstein Fabozzi/Jacobs Levy Award for his market forecasting research, which was published in 2000. One of his accomplishments was being named to the Forbes Business School advisory board at Ashford University.

In terms of his personal life, Fisher is married to the lovely Sherrilyn Fisher. Three incredible children, Nathan, Jesse, and Clayton Fisher, have been blessed by the couple. Although little is known about their courtship, their marriage appears to be solid and stable. He hasn’t previously been connected to any relationships or extramarital affairs.

Ken has, however, been connected to some regrettable sexual remarks that cost him a few business deals. He compared courting clients to seducing them with information about women’s genitalia. Even though he made an effort to defend his remarks, some investors withdrew millions of dollars from his company.

Ken Fisher’s Salary and Net Worth

Fisher is one of the most well-known and reputable financial investors in the world. He had just $250 invested when he first started his business. This amount has impressively increased to over $100 billion in assets investments through perseverance and patience. His contribution as a Forbes columnist also contributed to his income growth. In addition, he has written and published several books that have amassed millions of copies sold worldwide. Fisher’s net worth is estimated to be $5 billion as of August 2022, despite his yearly income not being made public.