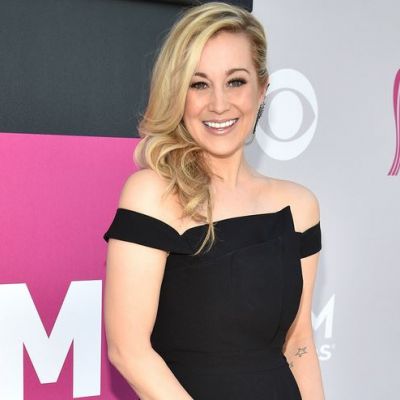 Kellie Pickler is a country music singer, actress, and television personality. She was one of the most talented American Idol alumni.

Kellie Pickler was born in Albermarle, North Carolina on June 28, 1986. Clyde ‘Bo’ Raymond Pickler Jr. and Cynthia Morton are her parents. Kellie spent the majority of her childhood with her grandparents. She was taken from her mother at the age of 12 and given to her grandparents.

Kellie Pickler went to North Stanly High School. She was also named Miss Stanly Country, but she chooses to withdraw from the competition in order to further her education. She also worked as a cheerleader for her school’s cheerleading squad. Aside from that, she worked as a waitress at the Sonic Drive-in.

Kellie Pickler grew up in a small town. She was able to compete in American Idol after putting in a lot of effort and dedication, and she finished in sixth place.

Kellie Pickler married Kyle Jacobs in January 2011 on a private Caribbean island. After one and a half years of dating, the couple got engaged. Prior to that, she was in a relationship with Jordin Tootoo, but it did not last long and ended the same year. She also has friendships with Summer Miller, Taylor Swift, and Carrie Underwood.

Following her appearance on American Idol, Kellie promoted a variety of television shows, including her American Idol Tour. At the start of her career in 2006, she signed a contract for a total of 19 Recordings. Small Town Girl was her first studio album. Every single song on the album is inspired by her past.

Kellie is a successful singer who has received numerous awards and nominations for her outstanding vocal abilities. In 2008, she released her second album, Don’t you know how much I loved you, Don’t you know you’re beautiful, Making me fall in love again, and Best days of your life, which featured four singles.

She also released the single Red High Heels, which drew a lot of attention and earned her several awards. She released her first single, Someone Somewhere Tonight, with Black River Entertainment in 2013. In 2013, she also co-wrote the title track with her husband.

Kellie and Derek won the sixteenth season of Dancing with the Stars in May 2013. Kellie performed a super-sized freestyle on the show, earning full 30s from the judges and praise from the dance judges. Aside from that, she appeared in the show’s seventeenth season.

Kellie Pickler has received numerous awards and nominations throughout her career. She has an amazing voice and a charming personality, which helps her achieve great success in her field. She has been nominated for numerous awards, including Country Music Association Awards, Academy of Country Music Awards, Teen Choice Awards, American Country Awards, Daytime Emmy Awards, and others. She also received several awards, including the following:

Kellie Pickler, a talented and successful singer, won several awards and gained widespread fame and acclaim from her fans. She had a string of hit singles and albums, and she rose to prominence after winning the Dance reality show.

Kellie Pickler’s Salary and Net Worth

Kellie Pickler’s net worth is estimated to be around $6 million as of June 2022, thanks to her professional acting and singing career. Her annual salary is approximately $85,000. She also earns a lot of money from endorsements and commercials.