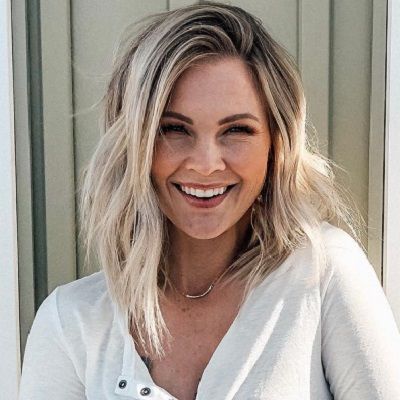 Kayli Butler is a prominent YouTuber from the United States who covers a wide range of topics including beauty, fashion, family life, motherhood, recipes, and DIYs. Kayli Butler is a licensed cosmetologist who often shares her knowledge of makeup and hairstyles in her videos.

Kayli Butler was born on May 3, 1984, in Utah, United States. Marc Chadaz and Sami Chadaz were her parents. She is now 36 years old, and her zodiac sign is Taurus. Kayli has a close relationship with her parents and sees them often. She is also the aunt of PrincessTard, AKA Avia Butler. Kayli is a certified cosmetologist who attended beauty school.

Kayli is a trained makeup artist and hairdresser who attended beauty school. She shows off her abilities in tutorials on her main YouTube channel, HeyKayli, which she started on July 6, 2011. Her foray into social media came about by chance, as her partner, Casey Butler, is the younger brother of YouTube sensation Shay Carl Butler, who has millions of followers worldwide.

Casey began his own YouTube channel in 2009, and he persuaded Kayli to do the same. Kayli started posting beauty and makeup videos on her channel in July 2011 because she already had experience in this field.

Her videos quickly developed a following, inspiring her to broaden her horizons and post videos on a variety of subjects. As a wife and mother, she began sharing her experiences as a family woman with her audience, offering advice on raising children, cooking fast meals, and doing fun DIY projects with kids.

Her time management tips are particularly useful for harried young mothers who are struggling to cope with the stresses of motherhood, as she has four children. Her beauty videos are also famous because she provides fast and simple beauty tips that even time-pressed women can follow.

She hosts a series on a serious topic: Body Image Problems, in addition to her video series on fashion, makeup, DIYs, and fun things. She knows firsthand what it’s like to struggle with negative body image as a teenager, having experienced it herself.

She shares her own memories of dealing with poor body image and an eating disorder in this series, respectfully advising her audience on how to successfully cope with these issues. In these episodes, she also discusses the value of a balanced diet and a daily workout routine. Her parents, in addition to her husband and children, appear frequently in her videos.

She’s also a member of the YouTube channel ‘The Mom’s View.’ Katilette of the Shaytards, CarlieStylez, and That Chick Angel TV are among the cast members. They go over everything you’ll need to know about child-rearing, including how to deal with the terrible two, parenting advice, and everything in between. Furthermore, everything from birth updates to pregnancy workouts, baby product reviews, baby hauls, maternity wear, and naptime is covered. The Mom’s View has all of the parenting advice you’ll ever need to make your life and that of your child a little easier.

She and Casey Butler began dating when they were still in high school. In 2003, after three years of dating, the two married. Brailee Butler, their first child, was born in 2004. Winston, Gage, and Layla are their other three children. Kayli is devoted to her family.

Furthermore, she has never been the subject of any rumors or scandals. Kayli has kept a low profile by avoiding being involved in any gossip. She is, however, more concerned with her profession than with getting involved in one.

Kayli uses a variety of social networking sites and is equally involved on all of them. Her Instagram account, @heykayli, now has over 431K followers. She is still popular on Twitter, where she has over 154K followers. Her official Facebook page has more than 32 thousand fans. Her YouTube channel, dubbed “HeyKayli,” has over 637K subscribers. The YouTube channel ‘The Mom’s View’ has over 455K subscribers.