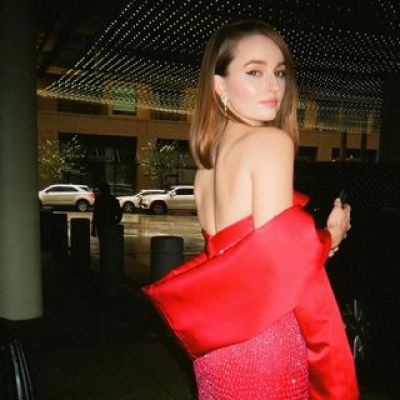 Kaitlyn Dever is well-known as an actress from the United States who has worked in the film industry since 2009.

Who is Kaitlyn Dever? Kaitlyn Rochelle Dever was born in Phoenix, Arizona, on December 21, 1996. Tim and Kathy Dever were her parents when she was born. Her father was a voice actor for various children’s shows. Mady and Jane, her two younger sisters, watched her as she grew up. She is currently based in Los Angeles, California, United States. She is also 23 years old and belongs to the Sagittarius zodiac sign.

Kaitlyn Dever is of American nationality and belongs to the White ethnic group. When Kaitlyn Dever was five years old, she became interested in the performing arts. She was a gymnast, a ballet dancer, a figure skater, and an actress. As a result, she enrolled in acting schools such as Dallas Young Actors Studio. In addition, while in Dallas, she worked on advertisements. When it comes to her education, Kaitlyn has been homeschooled since she was in fourth grade.

Who is Kaitlyn Dever’s Boyfriend? Kaitlyn Dever keeps her personal life private. However, there is a story that she dated Ansel Elgort in 2014.

Kaitlyn Dever made her acting debut in the 2009 film ‘An American Girl: Chrissa Stands Strong,’ in which she portrayed Gwen Thompson. In 2011, she starred in two films, “Bad Teacher” and “J. Edgar.” In 2013, she starred as Krystal in the coming-of-age romantic drama film “The Spectacular Now.” Miles Teller and Shailene Woodley starred in the lead roles in this film. She also starred in the film ‘Short Term 12′ the same year. She appeared in two films in 2014: ‘Laggies’ and ‘Men, Women, and Children.’ Similarly, she was cast in four separate films after two years. Grace Turner in ‘All Summers End,’ Lily Green in ‘We Don’t Belong Here,’ Karen Malloy in ‘Detroit,’ and Hidly Beasley in ‘Outside In.’

She starred in two films in each of the years 2018 and 2019. She portrayed Andrea Hart in the biographical drama film ‘The Front Runner,’ and Lauren in the biographical drama film ‘Beautiful Boy.’ She also appeared in ‘Them That Follow’ as Dilly Picket and ‘In Booksmart as Amy Antler. Kaitlin received critical acclaim for her performance as Amy. Beanie Feldstein and Jessica Williams starred in the lead roles in this film.

In 2009, Kaitlyn Dever had her first television appearance in the film “Make It or Break It.” In the same year, she played Bianca Douglas in the TV show “Modern Family.” She was also featured in ‘Party Down’ and ‘Private Practice’ in 2010. In 2011, she also joined the cast of the television film “Cinema Verite.” She also starred in ‘The Mentalist,’ ‘Justified’ as Loretta, ‘Curb Your Enthusiasm,’ and ‘Last Man Standing,’ which is still airing, all in the same year.

Her appearance in ‘Justified,’ in which she appeared alongside Timothy Olyphant, Nick Searcy, Jacob Pitts, and others, catapulted her into the spotlight. She also starred in the drama television miniseries “Unbelievable” in 2019. Dever also appeared alongside Toni Collette and Merritt Wever in the film. She starred in the films Home Movie: The Princess Bride,’ ‘Coastal Elites,’ and ‘Monsterland’ in 2020.

Kaitlyn Dever has been nominated for a number of awards. Her first award came in 2019 when she received the Newport Beach Film Festival Award for her performance in “Them That Follow.” She has also received several awards for her film “Booksmart,” including the CinemaCon Award in 2019, the Hollywood Critics Association Award, and the Dorian Award in 2020.

Kaitlyn Dever’sIncome And Net Worth

How much does Kaitlyn Dever worth? This 23-year-old actress is one of the industry’s most polished figures. Her total net worth is $3 million as of 2020.