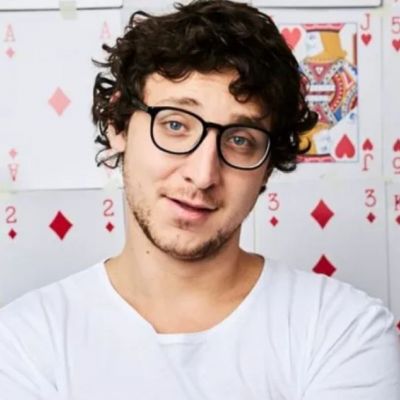 Julius Dein, best known as a street magician and illusionist, is also a famous social media influencer. He was born in London in 1994.

Julius was born in London in 1994. He attended the Jewish Free School. He later graduated from King’s College, London. When he was nine years old, he went to a magic show with his grandparents and became interested in this field.

When he was 13, he got his first chance to perform magic in Camden. Following that, he continued to perform small card magic in his college. He began earning money by performing at small gatherings and birthday parties.

How To Kiss A Girl With A Magic Trick was the title of his first video. People from all over the world responded positively to this video. Despite receiving mixed reviews from critics, many of them went insanely viral when he began posting more videos on social media platforms.

Julius Dein’s Income And Net Worth

This well-known magician has an estimated net worth of $4 million. Regrettably, he has never revealed his true net worth to the media. The majority of his net worth stems from viral videos on his social media accounts. Aside from that, this Hollywood magician performs at numerous gatherings and parties, earning a good living.

Julius was previously involved with Madison Willow and Amber Doig-Thorne. However, the relationship failed in a short period. His first relationship ended when Madison claimed Julius’s magical tricks were bogus. Julius and Amber remain close friends, but they have never revealed the reason for their breakup.

Julius is currently involved with Estelle Bergin, a social media influencer and vlogger. Sealife and a self-titled channel are her two YouTube channels. Unlike his magic tricks, Julius has never hidden his relationship with his girlfriend and frequently posts alongside her, including hilarious prank videos.