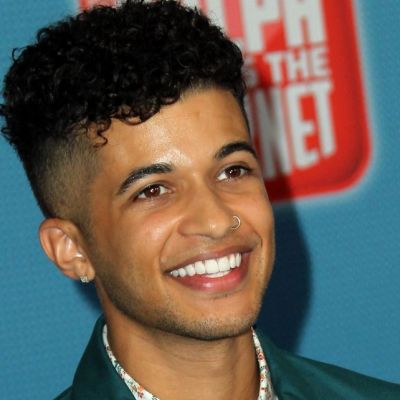 Jordan Fisher is a singer, songwriter, dancer, and actor from the United States. He was born on April 24, 1994, in Birmingham.

Fisher grew up in Trussville after being born in Birmingham. Jordan was raised by his grandparents, Rodney and Pat, when they adopted him at 11 years old because his real mother was still young at the time of his birth. The Fishers adopted Cory and Trinity, Jordan’s siblings because they had no relationship with their mother owing to her substance misuse. He is multi-ethnic, with African-American, Nigerian, Cambodian, English, Polynesian, Italian, Greek, and Scandinavian ancestry.

He began gymnastics at the age of two, and in fifth grade, after being cast in a school performance of School House Rock Jr., he became interested in musical theater. Jordan graduated from Harvest Academy and afterward joined the Red Mountain Theatre Company in Birmingham, where he was a member of the youth performing ensemble for a few years. He enrolled at Jacksonville State University, where he studied various courses before moving to Los Angeles with his grandparents and siblings.

Fisher’s career began in 2014 when he published three pop-soul songs on Radio Disney, named “By Your Side,” “Never Dance Alone,” and “What I Got,” and after a year, he signed a record deal with Hollywood Records. In 2016, he released his first tune for the label, “Counterfeit.” Warren Felder of Pop & Oak produced his first track, “All About Us,” which was released in 2016, and TK McKamy directed the music video, which premiered on vibe.com.

The song is from his first self-titled EP and is described as pop-soul-R&B, influenced by 1980s soul music, including piano, guitar, bass, harmonica, French horn, and drums. In 2015, he joined the Disney Channel Circle of Stars to remake the song “Do You Want to Build a Snowman?” from the film Frozen, and he was included in the song “True Love,” singing both duet and ballad versions for his role on Liv and Maddie. On “Thin Air,” he was featured on Olivia Holt’s self-titled debut EP. He released his single “Mess” in 2017.

Aside from music, he has appeared in television roles. He first appeared as a guest star on Crackle’s Hustler and Nickelodeon’s Icarly. His central part was in seasons 4&5 of ABC Family’s The Secret Life of the American Teenager, and he appeared in Thundermans and Teen Wolf in 2015.

He played surfer gang boss Sea Cat in the cable TV movies Teen Beach Movie and Teen Beach 2, and he also played Doody in a live performance of Grease televised on Fox. He has also performed a rendition of “Those Magic Changes,” which was widely regarded as a highlight of the program. In 2019, he appeared as Mark Cohen in another musical production on Fox, Rent: Live, and then in Disney Family Sing-Along. Jordan played John Ambrose McClaren in “All the Boys; P.S. I Still Love You.”

Jordan performed the national anthem before the NASCAR Good Sam 500 stock race at Phoenix International Raceway in Avondale, Arizona, in 2016. He also opened for Alicia Keys at the Apple Music Festival in London the same year. Jordan was chosen as Elvis Duran’s Artist of the Month and appeared on NBC’s Today show with Kathie Lee Gifford and Hoda Kotb. He and his partner Lindsay Arnold won the 25th season of Dancing with the Stars.

Fisher is currently dating his childhood sweetheart, Ellie Woods, with whom he announced their engagement in 2019 and revealed their plans to marry. We can be sure that wedding bells will sound soon.

Jordan Fisher’s Salary and Net Worth

Jordan’s net worth is predicted to be $800,000 as of July 2022. He has made the majority of his money through music sales and several television appearances. He also sells clothing such as t-shirts and sweaters. These multiple inlets have contributed to his increased fortune; given his age, he is expected to earn even more soon. He has played at various WE Day benefit events across the United States. This is how he has increased his fortune.