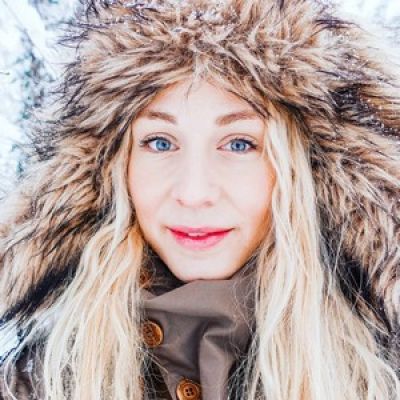 Jonna Jinton is well known as a YouTuber and social media personality. Jonna Jinton was born in Gothenburg, Sweden, on June 29, 1989.

Who is Jonna Jinton? Jonna Jinton was born in Gothenburg, Sweden, on June 29, 1989. Jonna has always been interested in literature, the outdoors, and photography since she was a child. As she grew older, she became well-known for her vlogs and videos of her simply enjoying nature at its best and worst, which she posted on her YouTube channel, Jonna Jinton.

Jonna now has more than 806k subscribers. Not only that, but her channel has received over 60 million views from her videos. Aside from YouTube, she has a sizable fan base across all of her social media channels. She also had over 408k followers on Instagram alone while writing this post. She is currently employed as a musician, artist, YouTuber, and photographer.

What is Jonna Jinton’s Height? She stands at 5 feet & 7 inches tall. Her body weight is unknown. Jonna’s eye color is hazel. Her hair color is blonde.

She has always enjoyed expressing her talents since she was a youngster. But, in today’s environment, finding time for oneself is difficult. She was always yearning for something. In 2010, she made a life-changing choice to leave her education and everything behind and relocate 1000 kilometers north of Gothenburg to Grundtjarn, a little town where her grandmother used to live.

She discovered all she had always desired in embracing nature as soon as she arrived there. However, settling down there was never a simple task, but she was patient. To make ends meet, she began writing and shooting to finance the life she had always desired. She discovered the meaning and purpose of her existence in the stillness of nature, misty meadows, chirping birds, peaceful lakes, breathtaking northern lights, and a night sky full of stars that a fancy metropolis could never provide.

Who is Jonna Jinton’s Boyfriend? Moving out from the city not only helped her find herself, but also helped her find the love of her life, Johan. And their love story is remarkable since he progressed from a daily reader to her spouse over time. It all started when he started commenting on her blog entries regularly. She was just drawn to his wisdom, honesty, and humility.

They communicated texts to one other regularly as time passed. At the same time, she received emails and texts from guys all over the world requesting to meet her. But he stood out from the crowd since he never sought to meet her and was unique. His personality drew her in so strongly that she had to invite him to meet her. The irony is that he did not even show up after they arranged to meet, leaving her sad. Regardless, she phoned him again to meet him, which she had never done before in her life.

They eventually met on October 26, 2015, and the rest, as they say, is history. Finally, on July 13, 2019, they married. They discovered their soul in one other after both gave up hope of ever finding real love in their lives. That is how straightforward, unique, and profound their passion is. Words cannot explain how pure their love is.

Jonna Jinton’s Income And Net Worth

How much is Jonna Jinton’s Income? Because Jonna has over 408k followers on Instagram, marketers pay a set fee for each post she creates. Taking Jonna’s most recent 15 posts into account, the average engagement rate of followers on each of her posts is 9.98 percent. As a result, the average estimate of the sponsorship fee she asks for is between $1,223.25 and $2,038.75.

So it is Jonna Jinton who derives most of her wages and revenue from YouTube. Her subscription and audience base have grown dramatically over the years. She now has over 806k subscribers on her channel, with an average of 397,927 views each day.

According to socialblade.com, she makes an estimated $35.8K – $573K per year from her YouTube channel, based on daily views and subscriber growth. Thus, after calculating and assessing her revenue streams over the years, Jonna Jinton’s net worth is projected to be between $500k and $600k.

Jonna Jinton launched her YouTube account on January 19, 2011, with the video “www.jonnajinton.se “Vinterpromenad.”” Since then, she has been posting vlogs and movies of herself simply appreciating nature at its best and worst.

Currently, “Kulning – Ancient Swedish Herdingcall” is her most popular video on her channel. As of today, it has received over 6.2 million views.

Her channel is expanding daily, with over 806k people following her video material. She is very constant in her video posting since she does it weekly.