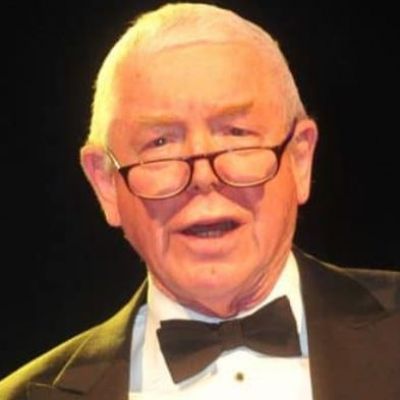 John Adams Morgan is a businessman, Olympic champion, and sailor. He is also famous for being the great-grandson of renowned banker J.P.

John Adams Morgan was born in Long Island’s Oyster Bay. Henry Sturgis Morgan was his father, and Catherine Frances Lovering Adams was his mother. Morgan has always wanted to be a successful businessman because he comes from a business family. Morgan graduated from the Groton School in 1949. He later attended Yale University, earning a Bachelor of Arts degree in 1953. Morgan has one brother, Henry Sturgis Morgan Jr.

Morgan began his business career in 1956 as a partner in Dominick & Dominick. He spent ten years at the firm. Morgan later worked as a Senior Vice President of the Corporate Finance Department at Smith Barney from 1966 to 1982. He was also the Vice Chairman of Smith Barney, in charge of overseeing the firm’s merger and acquisition activities. He has also served as an executive committee associate and director of Smith Barney International Inc.

Morgan co-founded “Morgan Joseph LLC” in 2001 to establish a high-growth business for mid-sized businesses. Morgan began his career as the Chairman of the Morgan Lewis Board of Directors.

John Adams came from a wealthy family and amassed the majority of his wealth while serving as a successor to the renowned financier and banker J.P. Morgan and the late US President John Adams.

He has received a great deal of media attention and popularity as the ex-husband of television star Sonja Tremont. She has appeared on Real Housewives of New York. Morgan is currently the chairman of the company “Morgan Joseph.”

Morgan competed in the Summer Olympics in Helsinki in 1952. In the six-meter class, he and the boat Llanoria were awarded gold medals.

John was a Senior Vice President of the Corporate Finance Department and Vice Chairman of Smith Barney’s acquisition and merger activities from 1966 to 1982. He is also a director and member of the executive committee of Smith Barney International Inc.

He has been the Director of Upham & Co., Inc. since 1969. John was a director of TriMas Corporation from 1989 to January 1998. He began working as a director of Metaldyne in 1984. Morgan was a director of Furnishings International Inc. as of 2001. He was also a trustee of the Provident Loan Society of New York. He has also served as the Pierpont Morgan Library’s Director.

Morgan has been married several times throughout his life. Unfortunately, his previous four relationships all failed. Connie H Morgan is his current wife, whom he married in 2010. Quincy Adams Morgan is the couple’s daughter. He owns a Caritas Island measuring 3.5 acres in size. It is located in the city of Stamford, Connecticut. This private island is worth $19 million. Morgan currently resides on this 1906-built island.

Morgan, John Adams High-net-worth US businessman John Adams Morgan is a successful businessman with a net worth of $110 million as of August 2022. As the owner of Morgan Joseph LLC, he has amassed considerable wealth.