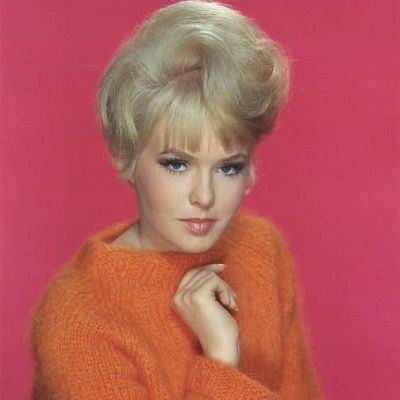 Joey Heatherton is an actor, dancer, and singer from the United States. Joey Heatherton is most known for her many television appearances during that time period, most notably as a regular variety show performer, but she also appears in acting roles.

Joey was born on Long Island, New York, on September 14, 1944. Davenie Johanna Heatherton is her full name. She has now reached the age of 76. Her zodiac sign is Virgo. Her nationality is also American. Joey grew up in Rockville Centre, New York, a New York City suburb.

Ray Heatherton and Davenie Ross Watson are her parents’ names. Her father was a television pioneer and a Broadway star (Babes in Arms). In the greater New York region, he was best known as the star of the long-running children’s television program The Merry Mailman. Her mother was a professional dancer. When they were both acting in Babes in Arms, they met. Dick Heatherton (born October 19, 1943), Heatherton’s brother, is a disc jockey.

Joey went to Saint Agnes Academy, a Catholic elementary and secondary school. She started learning ballet at the Dixon McAfee School of Dance when she was six years old, and went on to study four years with George Balanchine, as well as contemporary jazz dance, singing, and dramatics.

Heatherton also released her debut song that year, “That’s How It Goes”/”I’ll Be Seeing You,” but neither it nor the three other songs she recorded over the following several years were successful. In 1960, she made her first appearance on television as a dramatic actor, guest-starring as a rich, pampered adolescent in an early episode of Route 66. Heatherton was often cast as a wayward adolescent in the early 1960s owing to her “sexy-kid appearance.”

Heatherton rose to prominence in the mid-1960s as a result of her sensuous dance on television, which some viewers found frightening and reviewers dismissed as “sleazy sexiness.” She debuted on The Tonight Show in 1964, when she instructed Johnny Carson on how to dance “The Frug.” She appeared in many more episodes of the program and signed with Coral Records to record “Hullabaloo,” a song she had sung on the program. Heatherton co-hosted Dean Martin Presents the Golddiggers, a summer-substitute musical comedy hour, with Frank Sinatra, Jr. from June to September 1968. She also appeared on The Andy Williams Show, The Hollywood Palace, The Ed Sullivan Show, and This Is Tom Jones, among other 1960s television variety series.Heatherton was featured in the films Twilight of Honor (1963), Where Love Has Gone (1964), and My Blood Runs Cold (1965). (1965).

(12) Twilight of Honor was her first film, and she portrayed the young wife of a murder suspect (Oscar-nominee Nick Adams). Where Love Has Gone, the only one of the three films filmed in color, was a big-budget melodrama based on Harold Robbins’ novel about the notorious Lana Turner–Cheryl Crane–Johnny Stompanato manslaughter case, with Heatherton portraying the Turner character’s daughter (Susan Hayward).

Joey Heatherton has also received three Golden Laurel Awards. First in the category of Top Female New Face in 1964, second in the area of Female New Faces in 1966, and third in the area of Most Promising Newcomer-Female in 1964. Her work on Twilight of Honor earned her the third honor. еаthеrtоn’s frst nglе ‘Gоnе’ wа numbеr 24 оn thе llbоаrd’t 100 fоr mоrе thаn 15 wееkS. The second nglе ‘’m оrrу” peaked at 87 in the llbоаrd’s оf 100 сhаrt.

The wealthy actress has a net worth of about $6 million dollars. He made his fortune by appearing on several television shows and moving in his luxurious car. She has also given several commercially successful music albums and songs that have contributed significantly to her net worth. She was also a member of the U trоре оf оb оре’ from 1965 to 1977, when he performed live in front of the G.

In April 1969, she married former Dallas Cowboy Lance Rentzel, a wide receiver for the Cowboys, in New York City. Rentzel was arrested in November 1970 for exposing himself to a 10-year-old girl. He agreed to mental therapy after pleading guilty to the offense. Then, in September 1971, Heatherton filed for divorce, and her career began to fade; some think she never recovered from the psychological trauma of Rentzel’s assault. In 1972, the divorce was finalized.

She was arrested and charged with theft of services in July 1985 after refusing to pay a $4,906 bill from a Long Island hotel and spa where she had been in 1984. She denied the allegations and pleaded not guilty. After reportedly slapping and pulling the hair of a staffer at Manhattan’s US Passport Agency office on July 8, 1985, she was arrested and charged with interfering with a government agent’s responsibilities and disturbing the peace. Heatherton was arrested for assault on August 30, 1986, in Hillcrest, Rockland County, New York, after stabbing her former lover and ex-manager Jerry Fisher in the hand with a steak knife during an altercation.

Heatherton informed police who she was after being arrested, but they didn’t believe her. She then surrendered her handbag to one of the cops to verify her identification. The officer discovered a foil package containing less than a gram of cocaine while searching Heatherton’s handbag. Heatherton was charged with misdemeanor narcotics possession and assault. A judge concluded in October 1987 that the search was unlawful because Heatherton was not informed that she had the right to decline a purse search. Heatherton’s assault case was eventually withdrawn by Jerry Fisher.

Joey stands 5 feet 4 inches tall and weighs 56 kg. Her hair is blonde, and she has green eyes. Her short hairstyle is ideal for her and has also been seen on a short hairstyle. She is quite pretty and lovely. She has thousands of admirers and followers, without a doubt.