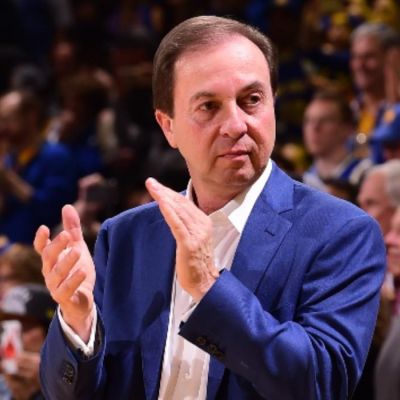 Joe Lacob is a businessman from the United States. He owns the NBA team ‘Golden State Warrior,’ and has invested in numerous businesses.

Joe Lacob, also known as Joseph Steven Lacob, was born on January 10, 1956, in New Bedford, Massachusetts. Sidney, his father, worked at a paper product company, and Marlene, his mother, worked night shifts at a local supermarket. Lacob came from a low-income family and was the first person in his family to earn a college diploma.

He held executive positions at several other firms prior to joining Kleiner Perkins. He has worked for Kleiner Perkins for nearly 30 years. Lacob has always worked hard to realize his ambitions.

Joe Lacob’s Income And Net Worth

Joe Lacob’s net worth is estimated to be $1.5 billion as of September 2022. His earnings from his numerous business foundations have been his primary source of income. In addition, he receives a sizable salary from the Golden State Warriors.

Joe was previously married to Laurie. However, the couple divorced due to personal differences. They have two children together. Joe was divorced for a long time before meeting Nicole Curran, a beautiful brunette on the board of directors of the Warriors Community Foundation. The couple is now engaged after a long period of dating.