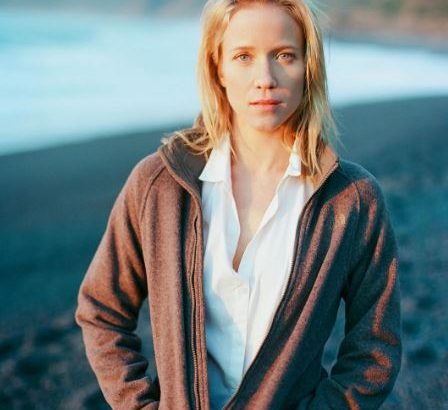 Jessy Schram has been a notable face among many viewers of Hallmark movies. She is well-known for her role in Veronica Mars, Life, Falling Skies, and Once Upon a Time. Besides, she has also appeared in movies including the American Pie franchise.

Regardless, there might be much that you might not know about the amazing actress. Learn more on Jessy Schram and get to know more about her including her dating life, net worth, and much more.

With her appearance in many movies and shows including Hallmark movies, Jessy has earned herself a huge fan base. Consequently, many of her fans are often interested in knowing if the beautiful actress is dating anyone or has a boyfriend. While Jessy is not the one to talk too much on her dating life, the actress has featured her boyfriend on social media. Apparently, she is dating a guy named, Sterling Taylor, a director, and a climber. Although the actress has not shared much on him, she often features him, mostly on his birthdays. For her boyfriend’s recent birthday, she wrote,

Nonetheless, Jessy is still reluctant on sharing when and how the couple actually met. However, in 2015, she was dating Unstoppable star, Victor Gojcaj. For now, we will have to wait to know more about the actress’s dating life.

What is Jessy Schram’s Net Worth?

Jessy started her career appearing in commercials and made her first on-screen appearance in an episode of Drake & Josh. In 2005, she starred as Susan Davis on Hallmark Channel’s Jane Doe. Likewise, she had her notable fame when she played the recurring role of Hannah Griffith in the TV series, Veronica Mars. Besides, she also appeared as Rachel from 2007-2009 in the series, Life. Her other notable role includes in shows such as Falling Skies, Medium, Crash, Mad Men, and The Lizzie Borden Chronicles.

Besides, the star also starred in few movies such as American Pie Presents The Naked Mile, Unstoppable, The Submarine Kid, and Shot Caller. Her recent roles include in TV shows such as Nashville, Birthday Wish, Lucifer, Chicago Med, and Hallmark films including Amazing Winter Romance, Country at Heart, and A Nashville Christmas Carol. As of 2020, Jessy Schram holds a net worth of $3 million.

Jessica “Jessy” Schram was born in 1986 in Skokie, Illinois. She celebrates her birthday on January 15, which makes her age 34. She was born to her parents, Kristie Schram and John Schram. Likewise, she also has two siblings; a brother, Jonathan, and a sister, Nicole. Jessy graduated from Buffalo Grove High School in 2004 and moved to LA in pursuit of an acting career.

She holds an American nationality and comes from White ethnicity. The actress has a height of 5 feet and 7 inches.