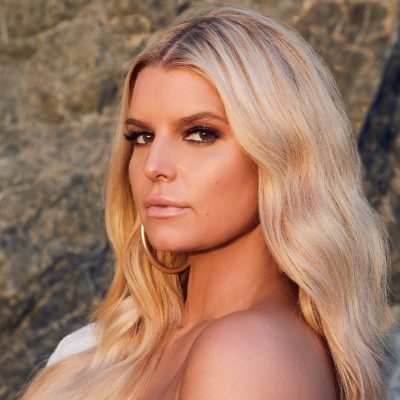 Jessica Simpson is a singer, reality TV personality, actress, and businesswoman from the United States. She rose to prominence after the publication of her maiden studio album, “Sweet Kisses.”

Jessica Ann Simpson is the full name of the great artist. Jessica Ann Johnson was born in Abilene, Texas, to Baptist minister Joseph “Joe” Simpson and his wife Tina Ann on July 10, 1980. Ashlee Simpson, her younger sister, is also a singer, songwriter, and actress. Furthermore, he is an American citizen, and she is a Cancerian. Her age is 40, and she is a devout Christian.

Jessica enrolled at Richardson, Texas’s ‘J. J. Pearce High School,’ where she developed an interest in drama. She dropped out of school in her junior year to pursue music and eventually earned her GED. Due to the nature of her father’s business, her family moved frequently when she was a child, eventually settling in Richardson, Texas. She discovered her love of music while singing in the Church Choir. When she was 11, she chose to pursue a career as a singer.

Jessica Simpson auditioned for the worldwide talent hunt for “The Mickey Mouse Club” when she was 12 years old, singing “Amazing Grace” and dancing to “Ice Ice Baby.” She was one of the six finalists, with Britney Spears, Christina Aguilera, and Justin Timberlake, however due to nerves, she did not perform well in the final audition. Fortunately, she got a second chance a few weeks later when singing in the church choir. After hearing her rendition of Whitney Houston’s “I Will Always Love You,” a guest speaker who was preparing to start a gospel label invited her for an audition and signed her.

She worked with ‘Proclaim Records’ for the following few years, recording her debut album ‘Jessica,’ which was never published since the record label went bankrupt. Her grandma helped pay the distribution of a few copies of the CD in 1994. In July 1997, Tommy Mottola, the head of ‘Columbia Records,’ signed her. In comparison to contemporary vocalists like Britney Spears and Christina Aguilera, her style was unique. She debuted in the music industry on September 28, 1999, with her breakthrough single “I Wanna Love You Forever,” which reached No. 3 on the Billboard Hot 100 chart in the United States. On November 23, 1999, she released her debut studio album, “Sweet Kisses.”

She modified her image for her second album, “Irresistible,” which was released in May 2001, on the advice of her record label. Following her marriage to Lachey in 2002, she recorded the song “Sweetest Sin.” When the single didn’t chart, her father, who also happened to be her manager, proposed a reality show starring the couple. On August 19, 2003, MTV broadcasted the premiere of ‘Newlyweds: Nick and Jessica.’ The reality program aided in the promotion of her third studio album, ‘In This Skin,’ which debuted at No. 10 on the Billboard 200 chart. In March 2004, she re-released the album with a couple of cover tracks, including ‘Take My Breath Away’ and ‘Angels,’ which helped to enhance sales.

‘ReJoyce: The Christmas Album’ was released in 2004. During the 2004-05 season of her sister’s reality TV show, “The Ashlee Simpson Show,” she appeared alongside her husband. She debuted her clothing line, The Jessica Simpson Collection, in 2005, and it quickly became one of the most successful celebrity fashion businesses. She made her big-screen debut in the 2005 picture “The Dukes of Hazzard,” as Daisy Duke. For that film, she also recorded the song “These Boots Are Made For Walkin.” In 2006, she got a new record deal with Epic Records and released her fifth studio album, “A Public Affair,” which was her last somewhat successful album.

The artist went on to record two additional studio albums, all of which were commercial failures: ‘Do You Know’ (2008) and ‘Happy Christmas’ (2010). During this time, she also appeared in a couple films. ‘Employee of the Month’ (2006), ‘Blonde Ambition’ (2007), and ‘Private Valentine: Blonde & Dangerous’ are among them (2008). None of these films were a box office success. Her 2010 VH1 documentary series “The Price of Beauty,” in which she traveled throughout the world in search of different perspectives on beauty, was a hit. In 2018, she starred in the reality television show “Ashlee + Evan.” Jessica Simpson’s third studio album, “In This Skin,” was her most commercially successful to date. It was certified triple platinum in the United States and has sold more than seven million copies worldwide.

Her net worth is estimated to be approximately $200 million due to her talent as an artist. The fashion industry has provided the diva with the most of her wealth. She’s also starred in a number of advertisements and sponsored a number of products. In addition, in 2012, she inked a multimillion-dollar deal with Weight Watchers, promising to utilize their eating plan to lose the weight she gained after her pregnancy. Her apparel company, The Jessica Simpson Collection, which debuted in 2005, is said to have made $1 billion every year.

After meeting him at a Christmas party in 1998, Jessica Simpson began dating ’98 Degrees’ singer Nick Lachey. Following their highly publicized wedding in October 2002 and subsequent appearance on a reality TV show, they became a couple. They split up in November 2005 and divorced in June of the following year. In November 2007, she began dating Tony Romo, the quarterback of the Dallas Cowboys. However, supporters of the ‘Dallas Cowboys,’ including then-President George W. Bush, held her responsible for his bad performance, leading to their breakup in July 2009.

She began dating retired NFL tight end Eric Johnson in May 2010 and became engaged to him in November. On May 1, 2012, their first child, a daughter called Maxwell Drew Johnson, was born. On June 30, 2013, Jessica gave birth to her son Ace Knute Johnson. Simpson and Johnson married in Montecito, California, in July 2014. Simpson confirmed that she is expecting her third child in 2018. Birdie Mae Johnson, her second daughter, was born in March 2019.

Jessica’s bikini photo on the front of a magazine with the title “I’m a virgin” perplexed Portman when she was a teenager. As a result, they were in conflict with one another. Jessica responded calmly to Natalie in a photo posted on her Instagram and Twitter accounts, saying, “@Natalieportman- When I read this morning that I “confused” you by wearing a bikini in a public photo shot of me when I was still a virgin in 1999, I was disappointed. As public personalities, we are both aware that our image is not always in our control, and that the business in which we operate frequently attempts to define and box us in.”

“However, I was educated to be myself and respect the various ways in which all women express themselves, which is why I thought then – and still feel today – that being sexy in a bikini and being proud of one’s body is not the same as having sex. I’ve always believed in being a role model for all women, showing them that they may dress as they want, wear whatever they want, and have sex with whomever they want. Individually, we have the ability to make a difference. I’ve made it a point not to judge other women for their decisions. I encourage you to do the same in this period of Time’s Up and all the fantastic work you’ve done for women.”

“I completely agree with you that a woman should be allowed to dress and behave however she wants and not be judged,” Natalie Portman said, “I only meant to say I was confused–as a girl coming of age in the public eye around the same time — by the media’s mixed messages about how girls and women were supposed to behave.” I didn’t want to scare you, and I apologize if my statements offended you. I admire and respect your talent and voice, which you utilize to inspire and empower women all around the world.”

Jessica’s height and weight are 5 feet 3 inches and 59 kg, respectively. Her eyes are dark brown, and her hair is blonde. Her breasts are 38 inches wide, her hips are 35 inches wide, and her waist is 25 inches wide. In addition, her bra size is 34 DD. The artist is dressed in a size 8 outfit and a size 7 shoe (US). She has a thin figure, a lovely smile, and a lovely face.