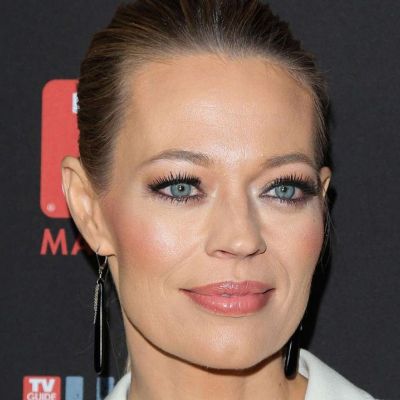 Jeri Ryan is an American actress best known for her role as Borg Seven in ‘Star Trek Voyager.’ She also starred as Veronica Cooke in the television series ‘Boston Public.’ She has appeared on a variety of television shows, including ‘Body of Proof,’ ‘Bosch,’ ‘Leverage,’ ‘Shark,’ and ‘Dark Skies.’ Ryan has received numerous awards and has appeared in several television films.

Jeri Lynn Ryan was born Jeri Lynn Zimmerman in Munich, West Germany on February 22, 1968. Sharon and Gerhard Florian Zimmermann are her parents. She grew up in several cities across the United States.

Lone Oak High School was where she finished her education in 1986. She then attended Northwestern University to pursue a BA in Theatre. She became a member of the Alpha Phi sorority while there.

Ryan appeared in the 1999 film ‘Men Cry Bullets.’ She played Sarah in the film ‘The Last Man’ the following year. Her other film credits include ‘Dracula 2000,’ ‘Down with Love,’ and ‘Disney’s the Kid.’

Ryan has also appeared in a number of television movies, including ‘Dead Lines,’ ‘Secrets in the Walls,’ ‘Pier 66,’ ‘Flash III: Deadly Nightshade,’ ‘Just Deserts,’ ‘In the Line of Duty: Ambush in Waco,’ and ‘The Commuters.’

Jeri Ryan received the Saturn Award from the Academy of Science Fiction, Fantasy, and Horror Film in 2001. She has also been nominated for three other Saturn Awards. In 1998, she was nominated for an Online Film & Television Association Award for her work on ‘Star Trek: Voyager.’ She received the Golden Satellite Award in 1999.

Jeri Ryan’s Salary and Net Worth

Jeri Ryan’s net worth is estimated to be more than $40 million as of July 2022. Her net worth has grown as a result of her career as an actress. In addition to her work in television and film, she played Sonya Blade in the web series ‘Mortal Kombat: Legacy’ in 2011. She has appeared as a voice actress in the video games Star Trek Online’ and ‘Star Trek: Voyager Elite Force.’ She will be seen in the upcoming film ‘The Relic.’ Ryan also appeared in the 2010 short film ‘Mortal Kombat: Rebirth.’