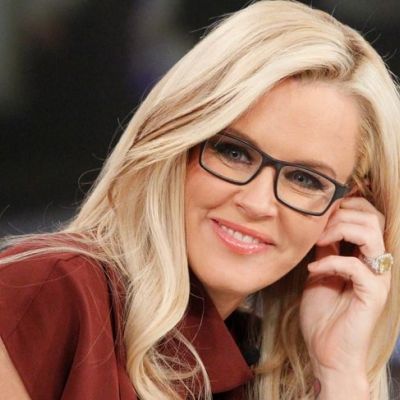 Jenny McCarthy is an American actress, screenwriter, television host, model, and author. In 1993, she began her modeling career with Playboy.

Jennifer Ann McCarthy was born in Evergreen Park, Illinois, on November 1, 1972, to Dan and Linda McCarthy. She grew up in Chicago’s West Elsdon neighborhood.

She went to a variety of schools, including Mother McAuley Liberal Arts High School. McCarthy was a high school cheerleader. She attended Southern Illinois University after high school.

Jenny McCarthy’s height is 1.7 meters and her weight is 56 kilograms.

Jenny McCarthy posed naked for Playboy magazine in 1993. She was chosen out of 10,000 applicants. She later became the host of ‘Hot Rocks’ on Playboy TV. She made an appearance on the television show ‘Mr. Show’ in 1995.

‘Just Shoot Me!,’ ‘Charmed,’ ‘Less than Perfect,’ ‘One on One,’ ‘Hope & Faith,’ ‘Stacked,’ ‘My Name Is Earl,’ and ‘Dick Clark’s New Year’s Rockin’ Eve are among her other television appearances. ‘Return of the Mac,’ ‘Donnie Loves Jenny,’ ‘Wahlburgers,’ ‘The View,’ and ‘Love in the Wild’ are among her other shows.

Jenny McCarthy was nominated for a Daytime Emmy Award in 2005. In 1997, she was named Female Star of the Year at the Golden Apple Awards. She was nominated for Favorite New Talk Show Host at the People’s Choice Awards in 2014. Playboy magazine named her the “Playmate of the Year.”

Jenny McCarthy’s Salary and Net Worth

Her salary with Playboy in 1993 was $100,000. Her wealth is also derived from the publication of numerous books, including ‘Bad Habits: Confessions of a Recovering Catholic’ and ‘Louder than Words: A Mother’s Journey to Healing Autism.’