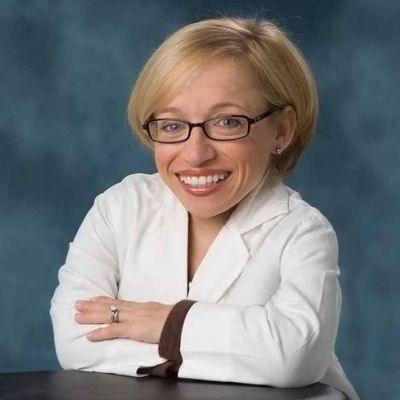 Jennifer Arnold is a well-known physician in the United States. She is also well-known for her role in the popular reality show The Little Couple.

Jennifer Arnold was born on March 10, 1974, in Orlando, Florida, USA. Jen attended the University of Miami for her undergraduate studies. She then went on to Johns Hopkins School of Medicine, where she earned her medical degree in 2000. Jen later earned a master’s degree in medical education from the University of Pittsburgh.

Jen Arnold appeared on The Little Couple with her husband Bill Klein and their two children, Will and Zoey. She also works as a neonatologist at Texas Children’s Hospital in Houston. She has also appeared on Dr. Oz and other shows such as Oprah and The Doctors.

The small couple displays aspects of their personal and professional lives. The show is currently in its seventh season. She has also appeared on numerous other television shows, including the Today Show, GMA, Anderson Cooper, CNN, and Wendy Williams. Jen is a member of the American Academy of Pediatrics, the Pediatric Academic Association, and the Society for Healthcare Simulation. She also served on the National Association of Children’s Hospitals and Related Institutions’ education council (NACHRI). She also belongs to the Children’s Hospital Association.

Jennifer Arnold has won numerous awards throughout her career. The Academic Paediatric Association presented her with the Ray E Heifer Award for her innovation in Medical Education. She received compassion doctor recognition in 2010 and 2011, and the patient’s choice award from vitals.com from 2008 to 2011.

Jennifer Arnold has a husband. In 2009, she married her best friend and coworker Bill Klein, and the couple has two children, William and Zoey. Jen has spondyloepiphyseal dysplasia type Strudwick, a rare form of dwarfism. This type of dwarfism necessitates over 30 surgeries. She has long been involved in educational simulations. She was an NIH postdoctoral fellow at the University of Pittsburgh School of Medicine from July 2006 to July 2007. Jen lives in Houston, Texas, with her family.

Jen Arnold’s Salary and Net Worth

Jennifer Arnold’s net worth is estimated to be $5 million as of July 2022. Her wealth has come from her work as a neonatologist and as a reality television star. She works at a children’s hospital in Texas. Jen and her husband appeared on the reality show The Little Couple. The show delves into the couple’s personal and professional lives. Jen has also appeared on numerous other shows, including The Dr. Oz Show, The Wendy Williams Show, and Extreme Makeover: Home Edition.