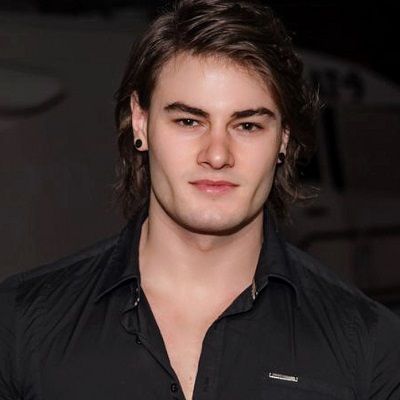 Jeff Seid is a bodybuilder, fitness model, and social media star. Jeff Seid is also well-known for his YouTube channel of the same name.

Jeff Seid was born on June 12, 1994, in Valley Medical Hospital in Renton, Washington, USA. He is currently 27 years old and was born under the sign of Gemini. Kim Seid is his mother’s name, and Jerry Seid is his father’s.

Jeff also has two sisters, Melissa and Kristina. His life mantra is “never back down,” since he never let his setbacks have a grasp on him. He pushed against all difficulties to change his fate and achieve what he had always desired.

He also believes in doing things his own way so that he has no regrets. As a Gemini, he is naturally expressive, quick-witted, sociable, and fun-loving. He is currently based in Seattle. He also worked as a personal trainer for a few months and at a pizza business called Round Table Pizza.

He follows a strict diet in order to preserve his lean and toned physique. His diet is high in lean proteins, complex carbohydrates, and healthy fats.

His diet is high in lean proteins, healthy fats, and carbohydrates to help him retain his trim figure. He is also 6 feet tall and weighs approximately 95 kg. His eyes are brown, and his hair is dark brown.

On his amazing path to becoming a world-famous bodybuilder, Jeff Seid had to overcome a number of bad occurrences. His growing interest in sports and athletic attitude assured that he excelled in the game of football from his younger days.

By his senior year of high school, he had already gained fame as an athlete and had a good possibility of receiving football scholarships to attend prestigious colleges. Around the same period, he rose to prominence as an All-American wrestler.

As a result, he finished second in the Nationals and was named an All-American outside linebacker. However, he had a major ACL injury while playing football in his final year, which ended his dream of becoming a professional athlete.

He lost the highly sought-after scholarships and was unable to pay for his college studies. After a few months, he tore his ACL for the second time, effectively putting an end to his football hopes.

Despite his obstacles, he did not let them deter him from his ultimate objective of reaching the pinnacles of achievement in the fitness field.

He came upon the new IFBB category named ‘Men’s Physique’ while reading the bodybuilding.com website as he prepared for his forthcoming ACL surgery.

Since he had faithfully trained himself for over six years, he realized that his passion for an aesthetic, health-oriented lifestyle could become a career reality in the bodybuilding field.

He decided to compete in less than a month and won the title in his first exhibition as a bodybuilder. Since then, there has been no looking back as he has achieved enormous success by winning the trophy after the title.

Furthermore, he has hundreds of fans that admire him not only for his physical appearance and fitness but also for his fascinating personality.

His constant dedication and hard effort paid off, as he soon rose through the ranks of the IFBB. He eventually qualified for the inaugural Mr. Olympia Men’s Physique Showdown.

This contest proved to be a watershed moment in his career, as it gave him the opportunity to travel the world and inspire other aspiring bodybuilders. His newfound good fortune never deserted him, and he soon had a second chance to compete in the Mr. Olympia competition.

In addition to his bodybuilding career, he has founded his own clothing line, SeidWear, which has been a major popularity among his admirers.

He has even written a 150-page book titled ‘Guide to Aesthetics’. It is centered on his journey to success and how he has managed to maintain a strict and healthy lifestyle.

This book has been warmly appreciated around the world, as many young people are inspired by his motto to pursue an artistic career.

He may have dated someone previously, but he has not disclosed this to the public until now. He could possibly be waiting for the proper person to enter his life in order to have a lasting romance and love.

Similarly, Jeff has not been involved in any speculations or controversies to yet. As a result, he enjoys a positive personal and professional profile.

Jeff Seid’s Salary and Net Worth

He’s only in his early twenties, yet he’s already a successful entrepreneur. He might make a lot of money from his profession. As a result, he has a net worth of approximately $1.5 million.

Jeff is well-known on social networking platforms. His Instagram account, ‘@jeff seid,’ has more than 3.9 million followers. His official Facebook profile has almost 2.7 million fans. Jeff Seid’s self-titled YouTube channel, meanwhile, has over 1.25 million subscribers. He is also on Twitter, where he has over 99.1K followers.